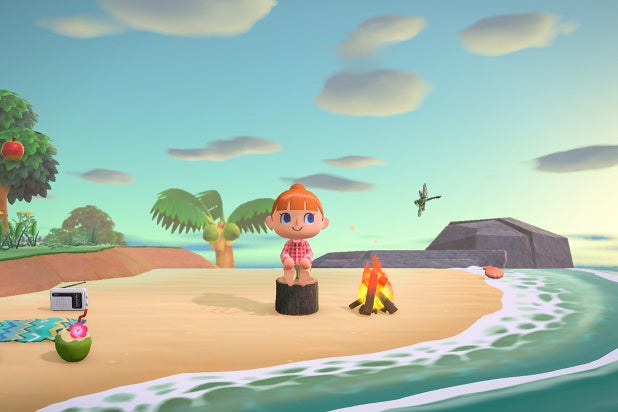 “Animal Crossing: New Horizons” developer Nintendo sold over 13.4 million copies of the title in the first six weeks following its March 20 launch, making it the fastest-starting title for the Nintendo Switch.

Nintendo said in its May 7 earings report the new “Animal Crossing” title is the best-selling in the series, both in physical copies and digital downloads. Digital downloads outpaced physical game sales this year, in part because game retailers like GameStop closed their stores during the pandemic.

“Not only have sales of the physical version exceeded our expectations, but demand for the digital version is also high, leading to a digital sales ratio never before seen in Nintendo Switch titles,” Nintendo noted in an earnings release. Nintendo also said the “Animal Crossing: New Horizon” sales mark “the best start ever for a Nintendo Switch title.”

Also Read: How 160,000 Nintendo Accounts Were Hacked and Sold

The sales figures pushed “Animal Crossing: New Horizons” to the near top of Nintendo’s global sales charts — it now ranks second behind the “Pokemon: Sword and Shield” games.

Rising demand for “Animal Crossing: New Horizons” has driven Nintendo’s hardware sales up as well — it sold roughly 21 million of the consoles between April 2019 and March 2020, up 24% from the prior year.

Nintendo said that over 40% of “Animal Crossing: New Horizons” players identify as female and noted that “among this group, many appear to have newly purchased a console in the Nintendo Switch family.”

Also Read: Why the Nintendo Switch Console Is Still Sold Out

One of these new players is New York congresswoman Alexandria Ocasio-Cortez, who took to Twitter yesterday asking other gamers to send in-game friend requests so she could interact with them.

“I would like to visit random people’s islands and leave a doodle or note on their bulletin board. Can I do that? If so, how?,” Ocasio-Cortez asked Thursday. AOC also said she would open her Twitter DMs “for the first time since the Zuckerberg hearing” to receive friend requests.

Millennial gamers are also downloading the new game in droves. “We are seeing a high percentage of players in their 20s and 30s who have likely played past entries in the Animal Crossing series,” Nintendo said in the earnings release.

Analyst David Gibson noted that Nintendo wouldn’t disclose how many paid users its Nintendo Online game subscription service has, “but it’s over 15 million, has increased from ‘Pokemon’ and (‘Animal Crossing’).”

Hi there! Very new to this.

I would like to visit random people’s islands and leave a doodle or note on their bulletin board.

Should I open my DMs for the first time since the Zuckerberg hearing for the Dodo codes?? https://t.co/pQlm0ES1cM

The @Nintendo has begun, will do my best to pass on main points, sorry for any mistakes. Talking about risk from virus