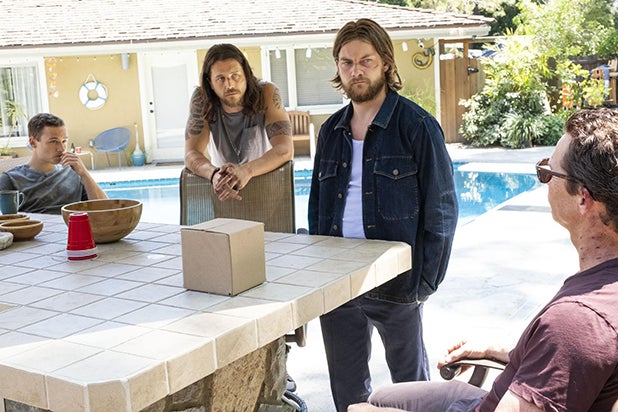 TNT has renewed “Animal Kingdom” for a sixth and final season, the cable network announced Thursday.

Based on the 2010 Australian film from director David Michôd, “Animal Kingdom” debuted in 2016 with Ellen Barkin taking over the role of Janine “Smurf” Cody, the matriarch of the Cody crime family, from Jackie Weaver. Barkin exited the series at the end of Season 4.

In Season 5, per TNT, the remaining characters must deal with the fallout from the events surrounding Smurf’s death, including family members out for revenge.

“With their kingdom without a leader, the Codys struggle to maintain their fragile alliance, and to see which of them will come out on top,” the season description reads. “Meanwhile, they search for more information on Pamela Johnson whom Smurf made the beneficiary of her estate. And back in 1984, an increasingly volatile 29-year-old Smurf is forging her own path raising Pope and Julia and leading the charge on dangerous jobs with new and old friends.”