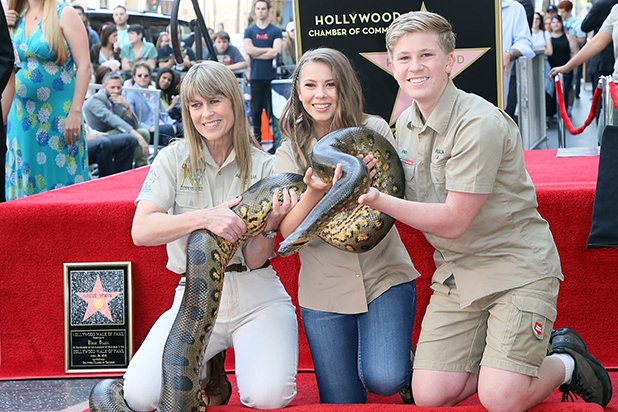 Terri Erwin and children Bindi and Robert will star in a “Crocodile Hunter”-like series that will premiere on Oct. 28.

The new show marks the first time the family will appear together on the network in more than 10 years since the “Crocodile Hunter” aired from 1996 to 2007. Family patriarch Steve passed away in 2006 after an underwater encounter with a stingray in Batt Reef, Australia.

The Irwin kids haven’t been a stranger to television in recent years, however. Bindi starred in her own series, “Bindi, the Jungle Girl” and earned a Daytime Emmy award in 2009. She also won “Dancing with the Stars” in 2015, and has created a series of wildlife books.

Robert has also starred in “Wild But True,” a children’s wildlife series. The entire family continues to support Wildlife Warriors, which funds and promotes wildlife protection programs throughout Australia.