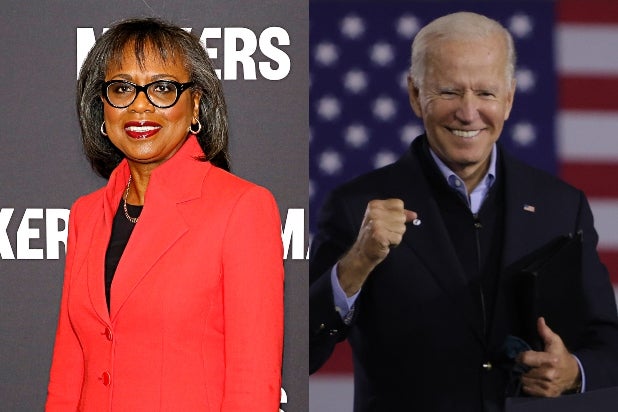 Anita Hill was a guest on “The View” on Friday where she explained why she has endorsed Joe Biden for President of the United States, despite his role in her 1991 Senate testimony against Clarence Thomas.

“Vice President Biden did appear on your show and I do recall that you helped move him forward and understand his responsibility for those hearings,” Hill told co-host Joy Behar on “The View.”

“Having said that, that is really part of why I have decided that I want to move forward and continue to push for the kind of acknowledgment and responsibility and accountability for making sure what happened to me, and what happened later to Christine Blasey Ford, does not happen again. But not just in terms of Senate committee hearings — just in terms of the way we are treating women in workplaces, on the street, in their homes, in terms of gender-based violence,” she continued.

Biden was chair of the Senate Judiciary Committee during Thomas’ hearings, during which Hill accused Thomas, then a Supreme Court nominee, of sexually harassing her when he was her supervisor at the United States Department of Education and the Equal Employment Opportunity Commission. Biden has since apologized to Hill over his lack of support during the hearings, which resulted in Thomas’ confirmation to the Supreme Court.

Hill’s hearings in the early 1990s closely resembled those of Christine Blasey Ford, who similarly accused Brett Kavanaugh of sexual assault before he was confirmed.

But Hill says she’s willing to look past her disagreements with Biden in the interest of the future of the country.

“We have to move on this. This is an issue that’s important,” she said. “It’s not just about me and Joe Biden, it’s about the welfare of the country.”

Anita Hill explains her support for Joe Biden, saying his interview on @TheView where he acknowledged “understanding his responsibility” in her 1991 Senate testimony “is really part of why I have decided that I want to move forward.” https://t.co/1091s9WYqN pic.twitter.com/4n0hRgd4DU