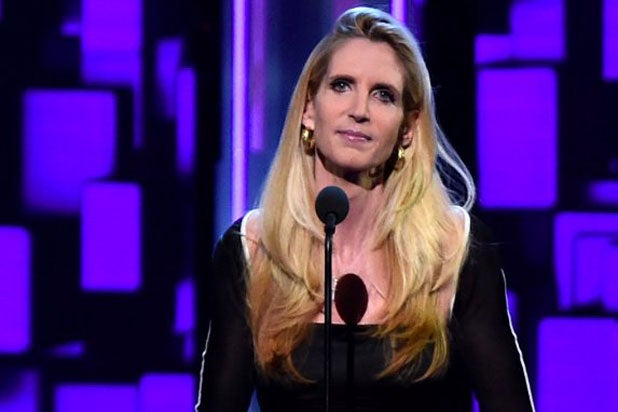 Ann Coulter is warning President Trump that he cannot count on her support in 2020 just yet, telling TheWrap that she wants to see more progress on her immigration priorities before she commits to him for a second term in the White House.

“If the election were today, I’d vote for Trump solely because of his attacks on the press,” she said. “But a lot can happen in two years. Who knows?”

In fact, the conservative firebrand floated the names of some other Republicans who might win her support over Trump. “I bet we could trust Tom Cotton or David Perdue to build the wall,” she said, mentioning U.S. senators from Arkansas and Georgia, respectively. “Even the great [Kansas Secretary of State and gubernatorial candidate] Kris Kobach might be rested and ready!”

Coulter, who is promoting her just-published 13th book, “Resistance is Futile,” was not shy about her reservations about Trump. “We always knew [Trump] might be a charlatan,” she added. “I consider my harshness toward him tough love.”

The best-selling author, widely considered the intellectual godmother of President Trump’s immigration policies, also insisted that she has no plans to enter elective politics herself.

“No, I’d never run for office. I don’t want a job,” she said. “I’m a very private person and when you’re an author, no one has to know anything about you, who you date, what your house costs, where you live — it’s none of your effing business.”

Also Read: Ann Coulter on Trump's Past Policy Caves: 'I Wanted to Hold His Head Underwater Until the Bubbles Stopped'

Coulter, an immigration hard-liner has long been critical of Trump for neglecting the wall he repeatedly promised to build during the campaign along the Mexican border. In the past, she has issued very public reminders about the lack of progress on the matter.

“I knew he was a shallow, lazy ignoramus, and I didn’t care,” Coulter told a crowd at Columbia University during a quasi-debate with writer Mickey Kaus in March.

“It kind of breaks my heart,” she added. “He’s not giving us what he promised at every single campaign stop.”

Tweets critical of Trump and his policies have become frequent.

Coulter’s is one of only 47 Twitter accounts that Trump follows, ensuring her posts show up on his timeline.

Coulter also has the rare ability to send the president a direct messages, a direct line to him beyond the reach of his gatekeeper, White House Chief of Staff John Kelly.

However, Coulter told TheWrap that she has never direct-messaged the commander in chief.