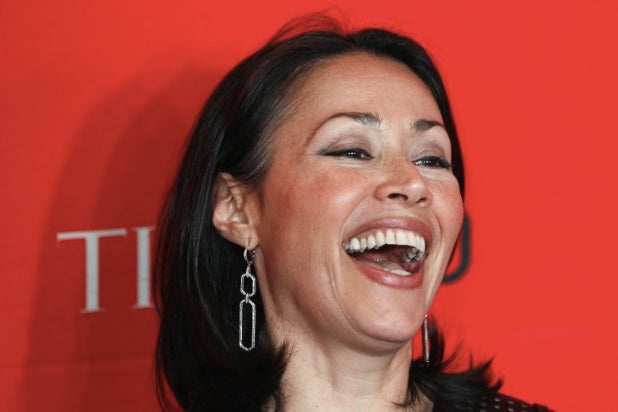 Ann Curry is negotiating with NBC News to leave the network, a senior NBC executive confirms to TheWrap.

Curry will depart NBC News as a full-time employee to launch her own media startup seeded by NBCUniversal. The company will feature reporting and content “of national and global importance with a multi-platform distribution approach,” an NBC release said. Curry will be free to report for any network, including NBC News.

“This is about reaching for the edge of the future in journalism, which we know is undergoing an irrevocable transition. I am excited about working to become a valuable link between traditional media and what is to come,” Curry said.

“In today’s world of fragmented media, this is the time to seize the opportunity to improve the way we distribute and even tell stories. I want to expand my drive to give voice to the voiceless to emerging platforms and produce both scripted and non-scripted content, in addition to continuing to report on-air about stories that matter.”

Curry, who was ousted from the “Today” show in 2012, has had little to do for the network since.

With NBC News since 1990, Curry  anchored Dateline NBC and co-anchored the “Today” show with Matt Lauer from 2011-2012. But her time on “Today” was mired with rumors of her ousting early on, as blame for the show’s ratings woes were pointed in Curry’s direction—unfairly so, many media critics wrote while non-stop rumors of her exit continued.

“I have loved you, and I’ve wanted to give you the world, and I still do,” Curry said to her viewers. “I’m sorry I couldn’t carry the ball over the finish line, but man I did try, and so to all of you who watched, thank you from the bottom of my heart.”

Last year, when former NBC “Meet the Press” moderator David Gregory announced his departure from the network after being damaged by months of rumors of his exit, Curry sympathized.

Reports suggest Curry will start her own production once her departure from NBC News is finalized.