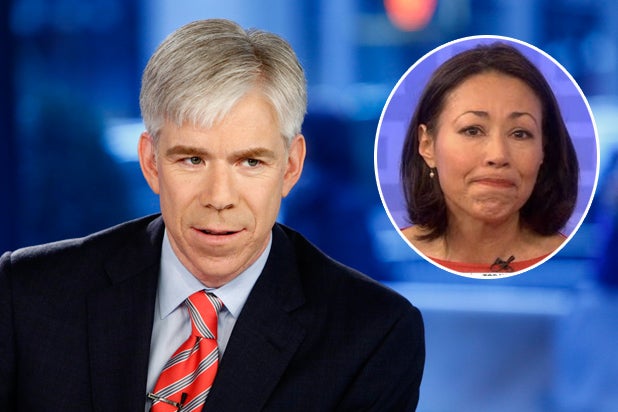 Ann Curry, who can relate to what Gregory is going through after being treated terribly in her short time as co-host on “Today,” sent her support to Gregory on Twitter via a quote from Buddhist leader, His Holiness the Dalai Lama.

It’s so appropriate that Curry would do so as the New York Daily News reported Friday that NBC won’t allow Gregory to end his run on the show with another episode in fear of another “Ann Curry” moment.

While seemingly harsh on the network’s part (if accurate), it’s also a smart move.

“They know how bad they’ve f–ed him over and they’re scared to death that he will cause an Ann Curry situation, so they’re not letting him go on the air. It’s ridiculous,” the Daily News sources said.

Anyone who watched that moment when Curry tried to keep it together as tears filled her eyes and she expressed her dashed hope that she could have stayed longer knows exactly the kind of moment NBC would like to avoid.

Like Curry, NBC had very little luck in keeping its unhappiness with Gregory and “Meet the Press’s” ratings from leaking to the media. And then, Thursday the news of his replacement by political director Chuck Todd was confirmed.

So instead of an on-air goodbye, Gregory was able to send his own farewell via Twitter:

I leave NBC as I came – humbled and grateful. I love journalism and serving as moderator of MTP was the highest honor there is . (1 of 2)

(2 of 2) I have great respect for my colleagues at NBC News and wish them all well. To the viewers, I say thank you.