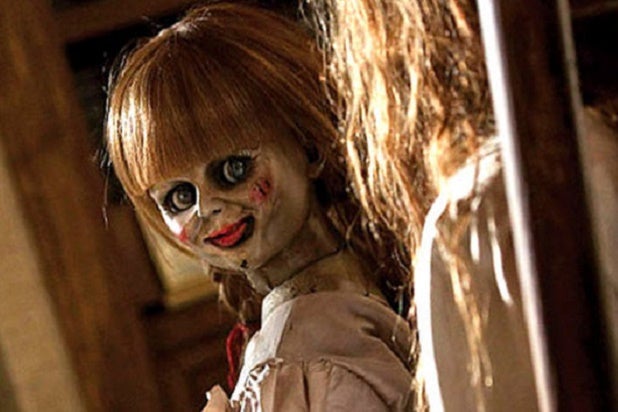 Early-bird horror fans pushed “Annabelle” to the front in this weekend’s box-office battle of the R-rated thrillers.

The New Line horror movie brought in an estimated $2.1 million from Thursday night shows, ahead of the David Fincher-directed “Gone Girl.” The Fox-New Regency adaptation of Gillian Flynn’s bestseller starring Ben Affleck brought in $1.2 million from its early shows.

It should be a close race this weekend between the ultra-low budget “Annabelle” — it cost just $6.5 million to make — and “Gone Girl,” with both expected to top $20 million. There should be room in the marketplace for both, since the horror movie is expected to play to a younger crowd and “Gone Girl” skews older.

By comparison, “The Conjuring,” last summer’s breakout hit from which “Annabelle” was spun, took in $3.3 million in its Thursday night debut and brought in $41.8 million in its first weekend. Earlier this year, the “Oculus” brought in $475,000 from Thursday shows that started at 10 p.m. and went on to $12 million.

Rosamund Pike, Neil Patrick-Harris and Tyler Perry co-star in “Gone Girl,” which has a $61 million production budget, and was produced by Arnon Milchan, Joshua Donen, Reese Witherspoon and Cean Chaffin.