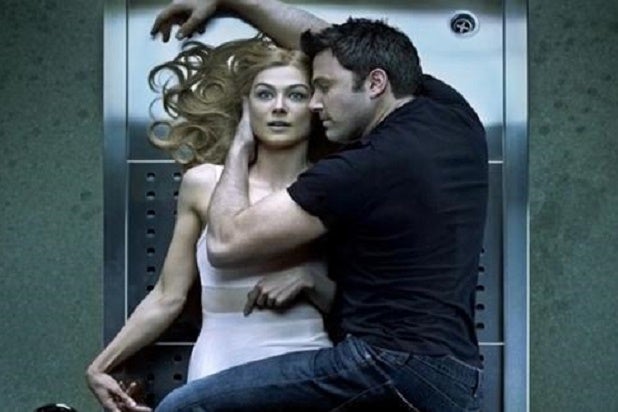 David Fincher and Ben Affleck‘s “Gone Girl” and the horror film “Annabelle” are both looking powerful going into what should be an exciting box-office race this weekend.

Bet on the dark thriller about a man who becomes a suspect in his wife’s murder say the analysts, who project an opening in the $30 million range for Fox and New Regency’s “Gone Girl, and see a three-day total of around $25 million for Warner Bros.’ “Annabelle.”

It’s a tricky race to call. For weeks, the spin-off from last year’s breakout hit “The Conjuring” has been tracking ahead of the mature-skewing thriller based on Gillian Flynn’s bestseller, with both in the low- to mid-$20 million range. Both distributors are far more conservative and are projecting $20 million opening weekends.

But online ticket broker Fandango reported on Wednesday that advance sales for “Gone Girl” were surging, and similar to those of “Gravity,” which opened to $55.7 million last October. No one is projecting that sort of debut for “Gone Girl,” but the numbers suggest it will be among the biggest October openings ever. Its sales are ahead of “Paranormal Activity 3” ($52 million), “Jackass 3D” ($50 million) and “Taken 2 ($49 million).

“Traditional tracking hasn’t been all that reliable lately, and some films defy conventional wisdom,” said BoxOffice.com vice-president and senior analyst Phil Contrino. “This absolutely feel like one of those, in part because of its older target audience, which is far tougher to track reliably.”

Advance online sales are just one of the box-office tea leaves, of course. But the numbers are stark: “Gone Girl” represented 66 percent of Fandango weekend’s ticket sales on Wednesday morning, while “Annabelle” and the weekend’s other wide opener, Nicolas Cage‘s faith-based “Left Behind,” represented 13 percent and 8 percent of sales respectively. At MovieTickets.com, “Gone Girl” was at 22 percent, while “Annabelle” was at six.

“Never underestimate the appeal of smart, well-made adult thriller,” Contrino said. “They don’t come along that often and when they do, they score.” The critics are crazy about the Fincher-directed “Gone Girl,” which is near 90 percent positive on review aggregation site Rotten Tomatoes.

Rosamund Pike, Neil Patrick-Harris and Tyler Perry co-star in the film, which has a $61 million production budget, and was produced by Arnon Milchan, Joshua Donen, Reese Witherspoon and Cean Chaffin.

It’s very likely both movies are going to score, in part because they’re different audiences, though both are rated R. “Annabelle” skews younger and shouldn’t cut much into the “Gone Girl” audience. “Annabelle” is surging on social media; on Facebook, it has five times the “likes” that “The Conjuring” had, and that one opened to $41.8 million last July.

Both movies will be on more than 3,000 screens. Freestyle Releasing will have the PG-13-rated “Left Behind” in roughly 1,750 theaters.