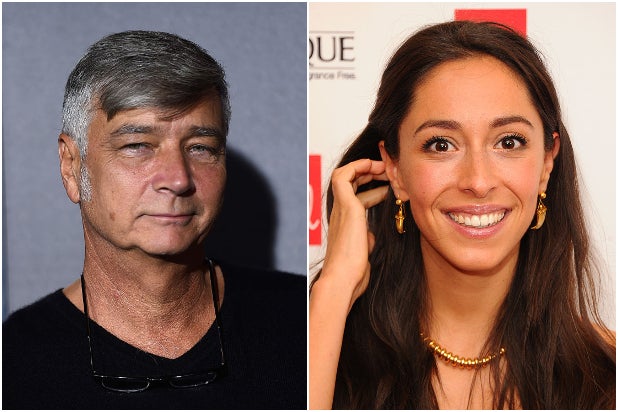 Rooted in folklore, “Lullaby” follows a new mother who discovers a lullaby in an ancient book and soon regards the song as a blessing. But her world transforms into a nightmare when the lullaby brings forth the ancient demon Lilith.

Chaplin will star in the film based on a screenplay by Alex Greenfield and Ben Powell. “Lullaby” begins shooting in Toronto on March 24.

“‘Lullaby’ is based on a uniquely original idea that draws inspiration from varied rich and often terrifying mythological accounts. We firmly believe in John’s chilling vision and it’s our hope to deliver a film that is as thrilling onscreen as it is on the page,” Johnson and Kosove said in a statement.

“We are thrilled to be working with Alcon, John Leonetti and Oona Chaplin on the beginning of a new horror franchise.  We couldn’t have asked for a better team to bring this chilling tale to life,” Nelson and Tish said in a statement.

Leonetti’s “Annabelle” grossed over $257 million worldwide as part of “The Conjuring” universe of films. He most recently directed Netflix’s sci-fi drama  “The Silence” starring Stanley Tucci and Kiernan Shipka.

Chaplin recently wrapped James Cameron’s “Avatar 3” for 20th Century Studios and will reprise her role in the subsequent sequels. Her other upcoming credits include the CBS mini-series “A Higher Loyalty,” created and directed by Billy Ray and starring Jeff Daniels and Holly Hunter.

Alcon recently picked up Cecelia Ahern’s novel “Postscript,” the sequel to “P.S. I Love You” which the company adapted and developed as a feature in 2007.