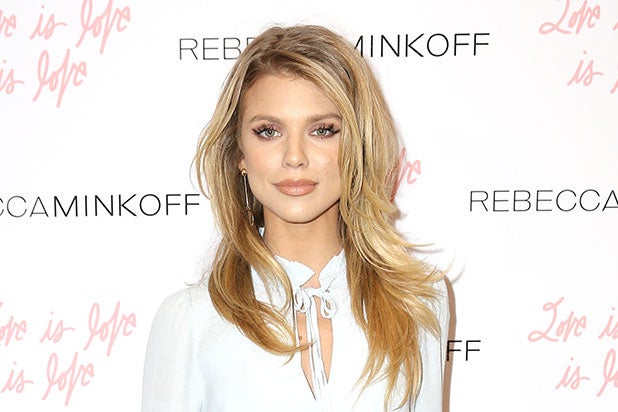 Former “90210” actress AnnaLynne McCord called out Southwest Airlines for what she says was “bullying” of a two-dad family.

McCord went on to describe the incident where two 6-year-old girls were traveling on their first flight ever and were excited to join their daddies on a family trip. However, McCord says the foursome was denied family boarding.

“They were not allowed to board with the other families and had to watch as their fathers were told that they didn’t count as family,” McCord wrote.

“Why would your company representatives believe that it is okay to reject these little girls’ love for their fathers, making them feel that they are not good enough? That their family should be left out? Is that not a form of bullying?”

McCord also shared a photo of the two little girls on the plane with their fathers. According to Click Orlando, the two dads, Jacob Lapp and David Forstadt, were traveling to New York and were told “No, There is categories for a reason. Not you!” and “No! Move!’

“We are a family and we want to be represented as a family just like everyone else,” Forstadt said.

McCord told TheWrap that Forstadt and Lapp are her good friends.

In a statement to TheWrap, a spokesperson for Southwest said, “The family was not denied boarding, the passengers completed their trip. We don’t have any reports associated with the Customers’ travel experience but we have contacted the Employees involved for an internal review of what happened during the boarding process. Our Customer Care Team reached out directly to the Customer and has not received a response. Our Employees work to carry out our Boarding policy for families traveling together, while also maintaining boarding priorities for all Customers.”

The statement continued, “We welcome onboard more than 115 million Customers each year and Southwest neither condones nor tolerates discrimination of any kind. A cursory view of our workforce, and our expansive, multi-cultural Customer base whose loyalism brings them back to Southwest is an endorsement and reliable indicator that we exalt, appreciate and celebrate diversity.  We regret any less than positive travel experience and look forward to working directly with these Customers to ensure their concerns are heard and addressed.”

Have you ever felt bullied? Have you ever been picked on?… https://t.co/gKSsJ4b3Jc pic.twitter.com/7TMEN9jp8P