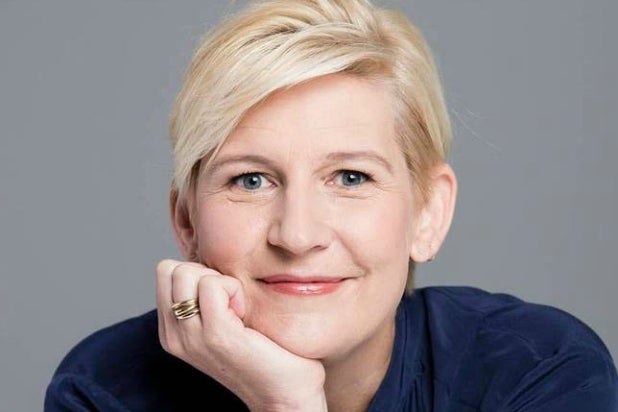 Annapurna Pictures announced on Wednesday that it has promoted executive Sue Naegle to chief content officer for the studio. Annapurna CEO Megan Ellison made the announcement.

Naegle currently serves as president of Annapurna TV, and will now expand her role to oversee the development and production of Annapurna’s film slate, as well as the company’s theater division. In her new role Naegle will also manage the cross-platform pollination of Annapurna Interactive’s IP.

Naegle will report to and work closely with Ellison, focusing on Annapurna’s commitment to filmmakers and artists. The studio plans to produce and acquire between three to five films a year for theatrical distribution and streaming platforms.

“Annapurna has always been a company with an allegiance to ambitious content and its commitment to artists across all platforms,” Naegle said in a statement. “I find it a privilege to shepherd the diversity of storytelling that this company produces and to work alongside Megan to help continue her inspiring vision.”

The studio said that Megan Ellison will remain CEO of Annapurna, and will continue to lead the direction of the company and play an active role in creative and business decisions, as well as greenlighting projects across all divisions. Questions about Annapurna and Ellison’s future arose last October after the company dropped one film, which was preceded by another dropped film months prior.

Along with promoting Naegle, Annapurna also announced that Ivana Lombardi has assumed the role of president of film, following the departure of Chelsea Barnard last October. In her new role, Lombardi will oversee development and produce the company’s slate of films. Lombardi will also work closely with longtime Annapurna executive Jillian Longnecker, who has been promoted to president of physical production.

Lombardi, who joined Annapurna as executive vice president of development in early 2018, formerly served as senior vice president of film at Chernin Entertainment, where she developed and produced a variety of films including the Golden Globe-nominated “St. Vincent,” Tim Burton’s “Miss Peregrine’s Home for Peculiar Children” and the Oscar-nominated “Hidden Figures.”

“I could not be more thrilled for this next chapter of Annapurna. I am very confident about our future, especially with Sue’s expanded leadership,” Ellison said. “I believe this new team of incredible women including Ivana Lombardi and Jillian Longnecker is a strong one, and one with impeccable taste and relationships. Their deep love for filmmaking is one that I share, and I am excited to be working alongside them to preserve the mission of this company and bring forth synergy across all of our divisions.”

Annapurna said it recently made a blind script deal with “Sorry to Bother You” director Boots Riley for his next film. And the studio will continue to develop and produce content with Brad Pitt’s Plan B and PASTEL.

In 2019, Annapurna will release upcoming productions “Booksmart,” “Wounds,” “Where’d You Go Bernadette” and an untitled project from director Miranda July, about a woman whose life is turned upside down when her criminal parents invite an outsider to join them on a major heist they’re planning.

Annapurna Theatre, focused on producing live theater for the stage, is spearheaded by Skye Optican and Kevin Emrick, who joined Annapurna from the late Stuart Thompson Productions. The division is currently represented on Broadway as a co-producer of the National Theatre’s production of “Network,” starring Bryan Cranston and directed by Ivo van Hove, and is the lead producer of the upcoming New York premiere of “Fleabag,” written and performed by Phoebe Waller-Bridge and directed by Vicky Jones.