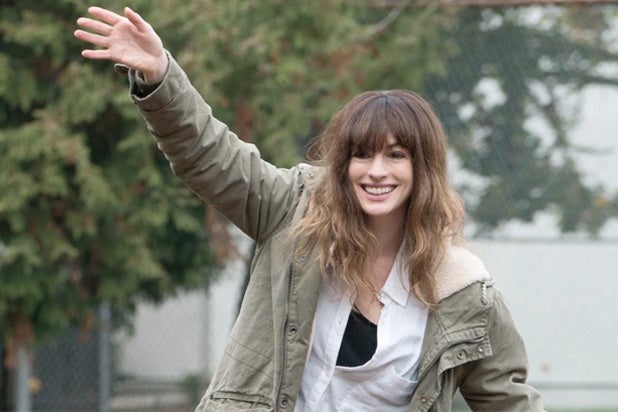 Anne Hathaway’s latest film, “Colossal,” has been praised for its exploration of how women often face misogynist behavior from men who use their supposed generosity to get what they want.

While talking the film with ABC News, Hathaway talked about another kind of misogyny she’s dealt with in her career: the kind she internalized against female directors.

When asked to name a movie she learned the most from, Hathaway picked the 2011 drama “One Day,” directed by Lone Scherfig. She said that she didn’t trust Scherfig during filming as much as she should have, and to this day that still bothers her.

Also Read: Disney, Fox Have No Female Directors on This Year's Movies (Exclusive)

“I am to this day scared that the reason I didn’t trust her the way I trust some of the other directors I work with is because she’s a woman,” she said. “I hope people understand that it’s hard to admit.”

Hathaway went on to explain that in hindsight, she thinks she didn’t give Scherfig what she needed for the film because she was “resisting her on some level.” She says her reflection on filming “One Day” has impacted how she looks at future films directed by women.

“I can only acknowledge that I’ve done that and I don’t want to do that anymore … I, before I realized this, had actively tried to work with female directors,” she continued. “And I still had this mindset buried in there somewhere.”

Hathaway said she planned to call up Scherfig after the interview to discuss her remarks. Scherfig, who directed the Best Picture-nominated film “An Education” in 2009, is currently in pre-production on her next project, “Secrets from the Russian Tea Room.”

Hathaway can be seen costarring with Jason Sudeikis in “Colossal,” which is now playing in select theaters.