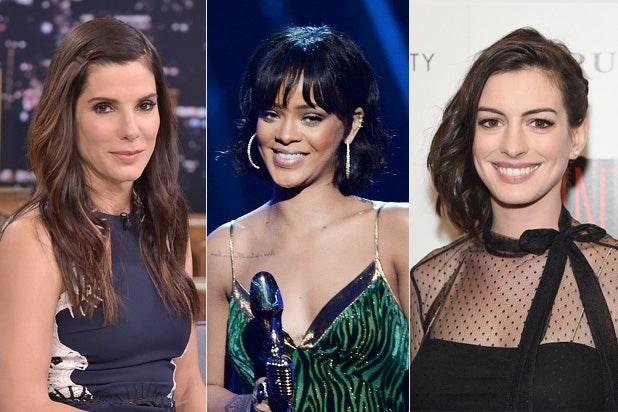 Grand larceny has never looked so good. Director Gary Ross (“The Hunger Games”) is very close to sealing a starry ensemble for a female-led take on George Clooney‘s “Ocean’s” franchise, TheWrap has learned.

Nearly all of the talent deals are in final negotiations for the Warner Bros. project, and filming is set to begin in October on the East Coast.

In June, Ross described the film as essentially a continuation of director Steven Soderbergh’s “Ocean’s Eleven” trilogy, which starred Clooney, Brad Pitt, Matt Damon, Don Cheadle and Julia Roberts (who is quite friendly with Blanchett, so let’s start speculating about cameos now).

“It’s a pretty similar tone. You know, Steven Soderbergh and I are incredibly close friends, and we would not have done this if we weren’t. I don’t think he would’ve wanted anyone to do it if we weren’t. This is very much an extension and a continuation,” Ross told Slashfilm.

Ross also said Soderbergh will be a producer on the new project.