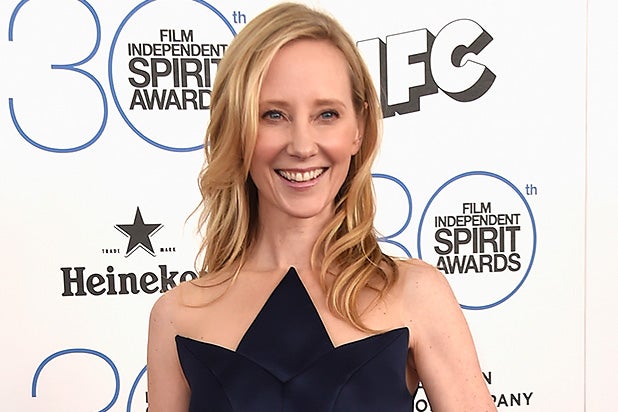 In what would be a solid casting coup for Lionsgate TV’s Epix comedy “Graves,” Anne Heche is in final negotiations to co-star alongside Nick Nolte and Sela Ward in at least seven of ten episodes, TheWrap has learned.

Representatives from Epix and Lionsgate TV could not confirm Heche’s casting at this time.

The new series from creator Joshua Michael Stern (“Swing Vote”) stars Nolte as a former U.S. President who decides he made mistakes during his administration and sets out to right his wrongs. Ward plays his wife Margaret Graves, who decides to embark on a political career of her own.

Should her deal close, Heche would play Annie Collins, a top political consultant with a killer instinct who comes on board to run her longtime friend Margaret’s potential Senatorial campaign.

Skylar Astin, Chris Lowell and Angélica María have also been cast in the series, which is set to debut next fall.

Astin will play Isaiah Miller, assistant to Nolte’s ex-presdident, while Lowell will portray the president’s son Jeremy and María will play Ramona Alvarez, the family’s housekeeper.

Heche is an Emmy and Tony-nominated actress who has previously starred on “Men in Trees,” “Dig,” Save Me” and “Hung.” She also co-created, executive produced and wrote for the NBC series “Bad Judge” starring Kate Walsh. Heche is currently developing “Icon,” a series for NBC with her producing partner James Tupper and Cindy Crawford. The show will be about modeling in the late ’70s and early ’80s.

On the big screen, Heche recently appeared opposite Jason Statham in Lionsgate’s “Wild Card” and she’ll soon be seen alongside Topher Grace and Taye Diggs in the upcoming indie “Opening Night.” Her other credits include “Donnie Brasco” and Gus Van Sant‘s remake of “Psycho.”

Heche, who recently signed with Paradigm, is represented by Untitled Entertainment and attorney Kevin Yorn.