Viewers can access the performance by registering for the Power Women Summit at wrapwomen.com. The concert will livestream for free at 5 pm PT on the site as well as related social channels for a global audience.

All musicians are donating their performances in honor of those most affected economically by the pandemic. The WrapWomen Foundation is donating on their behalf to the Hire Her Back Fund, which provides grants to women and marginalized people in the screen industries whose livelihoods have been adversely affected by the pandemic. Viewers are invited to donate to the fund as well. The fund is run by entertainment industry non-profit Women in Film.

Viewers will be able to donate to COVID relief by visiting the PWS Marketplace, which will include information on additional charities including Mothers2Mothers, a leading international nonprofit organization dedicated to preventing mother-to-child transmission of HIV, and resources for attendees who are seeking help.

According to the U.S. Bureau of Labor Statistics, four times as many women as men dropped out of the labor force in September. Latinas and Black women have faced some of the highest rates of unemployment of any group during the pandemic.

The following performers will be joining the lineup: 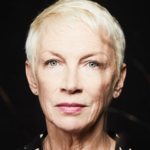 Annie Lennox OBE rose to fame with the bands The Tourist and the Eurythmics. In 1992 Lennox embarked on a solo career and to date, she has released six solo studio albums. She has received four Grammy Awards as well as a Golden Globe and the Academy Award for Best Original Song for “Into the West” for the film “The Lord of the Rings: The Return of the King.” Lennox has performed at Buckingham Palace and was appointed an OBE by Queen Elizabeth II. 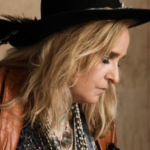 Grammy award-winning artist Melissa Etheridge is best known for her hit songs “Bring Me Some Water,” “Ain’t It Heavy,” “I’m the Only One” and “Come to My Window.” In 2007 Etheridge won an Academy Award for Best Original Song for the film “An Inconvenient Truth.” Her latest studio album is titled “The Medicine Show” and most recently she launched Etheridge TV, an independent channel, bringing unique content to her fans five days a week. 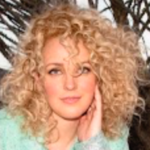 Cam
began her career as a songwriter, composing material for several artists including Sam Smith and Miley Cyrus and even opened for Harry Styles at the legendary Ryman in Nashville. These artists continue supporting each other as Smith and Styles have credit on Cam’s new album. Cam just released the LP “The Otherside” with the help of her executive producer Tyler Johnson. 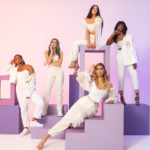 Citizen Queen is comprised of five supremely talented female vocalists, Kaedi Dalley (20), Hannah Mrozak (22), Cora Isabel, (19) Nina Nelson (22) and Kaylah Sharve'(21). The group is diverse in vocal style and background, but united in their mission to carry the torch as the next generation of girl group excellence. 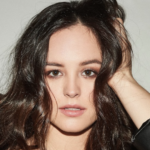 Hayley Orrantia rose to fame as ‘Erica Goldberg’ in ABC’s longstanding sitcom, “The Goldbergs,” which is currently in production for its eighth season. Off screen, Orrantia is widely recognized for her career in country music. In 2020 she released her hit single “Find Yourself Somebody,” which found success on the top country playlists across Spotify and Apple Music. 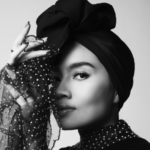 Malaysian singer/songwriter Yuna rose to prominence with her breakthrough hit “Deeper Conversation,” which won Best Song at the Malaysian equivalent of the Grammys. Afterwards, Yuna went onto international success recording with Pharrell Williams and Usher. In 2019, she released the album, “Rouge,” which includes guest versus from the likes of Tyler the Creator, Little Simz and G-Eazy. 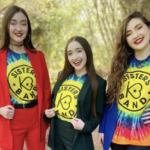 The K3 Sisters Band is a group of three Dallas-born sisters Kaylen (20), Kelsey (19), and Kristen (16) who have struck it big on Tik Tok, amassing a quarter billion views and 36 million likes on the platform alone. They were recently selected to be part of TikTok’s “Billion Dollar Creator Fund” due to their influence. During COVID, they set up their own home stage and began streaming live weekly shows on their YouTube channel. 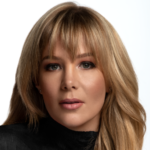 Australian producer and artist GEM is a member of the 20-21 Grammy NEXT program. Chill Out radio USA listed GEM’s remix of Max Jackson’s “Billionaire” as “the #1 remix of 2020” and now GEM is releasing her own original music. Her latest single, “Daydream” achieved over 70,000 views on YouTube in the first week of release 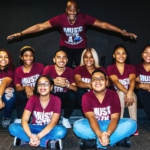 Based in the Bronx, New York, the Renaissance Youth Center Choir is a group of conscious-minded youth, who use their talent to inspire positive changes within their communities. This high-energy group has entertained the masses at Yankee Stadium, Madison Square Garden, Carnegie Hall, Orchard Beach and Lincoln Center just to name a few.

Also performing at the three-day event is Italian superstar Laura Pausini. She will perform her song “Io Si (Seen),” written by Grammy award-winning songwriter Diane Warren, who will introduce the act. The song is from the Netflix film “The Life Ahead,” starring Sophia Loren.