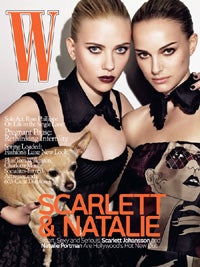 The latest numbers are in, and as expected, they’re not pretty.

Ad pages for consumer magazines fell 26.6 percent during the third quarter, according to figures released by the Publishers Information Bureau. The slide represented an 18.6 percent decline in estimated advertising revenue, or roughly $1.03 billion – and that’s conservative, considering the deep discounts publishers give on their rate cards — in lost revenue.

Year-to-date, ad pages have fallen an astounding 27.2 percent, according to PIB figures. Estimated revenues are off 20.3 percent through September.

Just one of the 12 ad categories tracked by PIB managed to increase its spending on magazine ad pages: food, up 3.9 percent. And not one is up year-to-date – all, including food, are off by double digits.

In terms of individual titles, just 13 of the 247 consumer magazines tracked by the Publishers Information Bureau managed to increase ad pages through September.

Among magazine titles still being published, U.S. News & World Report has seen the steepest decline in ad pages, down more than 75 percent during the first nine months of the year.

Of the 13 titles that increased their ad pages, Country Weekly topped the list, up 18 percent, while OK! saw a 15.5 percent bump. The Week continues to fare well in the newsweekly war, up 12.4 percent in ad pages – making it the only newsweekly to increase its pages this year.