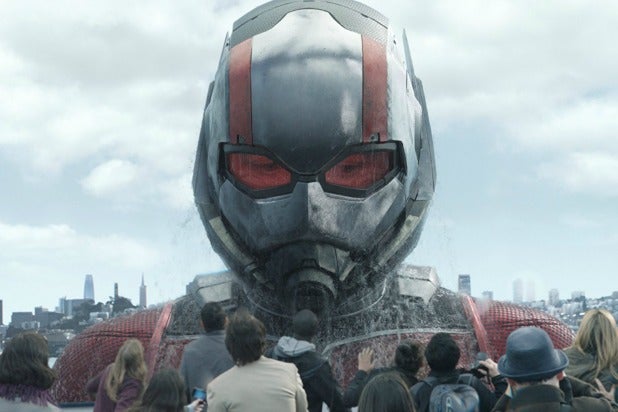 With their fans still buzzing about the ending of “Avengers: Infinity War,” Marvel Studios is looking to cap off a wildly successful 2018 with “Ant-Man and the Wasp,” the sequel to a film that was one of the studio’s lowest-grossing releases. But box office trackers are expecting an improvement with a $75 million opening, roughly 30 percent higher than the $57 million made by the first “Ant-Man” in 2015.

While this result would make “Wasp” the first Marvel Studios release since “Doctor Strange” to post an opening below $100 million, the film still has the chance to post a higher figure, especially if Marvel fans get word that it contains clues to how Ant-Man will factor into next year’s “Avengers 4.”

While many other Marvel movies have been released in major overseas territories before the U.S., American fans will get the film in the first wave of releases while much of Western Europe will see it two weeks later. Disney has done this to give “Wasp” some distance from their other superhero offering, “The Incredibles 2,” which is following a steady international rollout schedule. The release in those territories will also take place after the FIFA World Cup Final, which will be played on July 15.

In all, “Ant-Man and the Wasp” has a opportunity to improve on its predecessor’s $180 million domestic total and $519 million global gross, possibly pushing Marvel Studios past $4 billion in global grosses for 2018 and past $17 billion in lifetime grosses. This week, “Avengers: Infinity War” became the first ever summer release to gross $2 billion worldwide, while “Black Panther” became one of the top ten highest grossing films ever with $1.34 billion.

Taking place before “Infinity War,” “Ant-Man and the Wasp” sees Scott Lang (Paul Rudd) under house arrest as he tries to balance his secret life as Ant-Man with his responsibilities as a father. In the midst of this struggle, Scott’s partners in superheroics, Hank Pym (Michael Douglas) and Hope van Dyne (Evangeline Lilly), discover a potential secret to their past after a criminal named Ghost (Hannah John-Kamen) steals one of their suits and uses it to phase through walls. As Ant-Man swings into action, he’s joined by Hope, who takes up her mother’s mantle as The Wasp.