News Corporation announced that Anthea Disney, vice president for content, will retire from the company at the end of December.  Over two decades at News Corp., Disney proved an adroit operator, skillfully climbing the rungs of the vast company’s publishing arm. She had been rumored as a possible sucessor to Peter Chernin as president of News Corp., but was bypassed in favor of DirecTV chief Chase Carey. 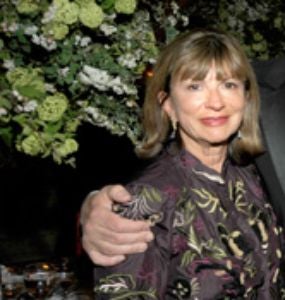 Disney is widely credited with turning the struggling HarperCollings Publishers around in the mid-90s by scaling back the number of books it published and keeping a firm hold on the company’s bottom line. Disney most recently served as chairman of Gemstar-TV Guide International until the company was sold to Macrovision in 2008, in what was widely believed to be an attempt by News Corp. to raise cash for its eventual purchase of The Wall Street Journal’s parent company Dow Jones.

“Anthea’s keen creative instincts are equal to her business acumen, a combination which is hard to find in an executive and one that has made her a dynamic leader at our company for many years.” Rupert Murdoch, chairman and CEO of News Corporation, said in a statement. “She has impeccable judgment and taste and I have relied on her counsel across just about all of our content businesses. I will miss her immensely but understand her desire to shift gears at this point in her life.”

Disney joined the company 1989 after a long career as a journalist, first in London as a newspaper reporter and later, in New York where she became a magazine editor and television producer. She oversaw News Corp.’s magazine division and was the original head of content for the company’s first digital venture. Disney went on to serve as president and CEO of HarperCollins and then as Chairman and CEO of News America Publishing Group before taking on the role at Gemstar-TV Guide.

“I have had an amazing two decades at News Corporation and loved every minute of it. There is no more exciting or vibrant company in the media industry and there is simply no one like Rupert Murdoch,” Disney said.