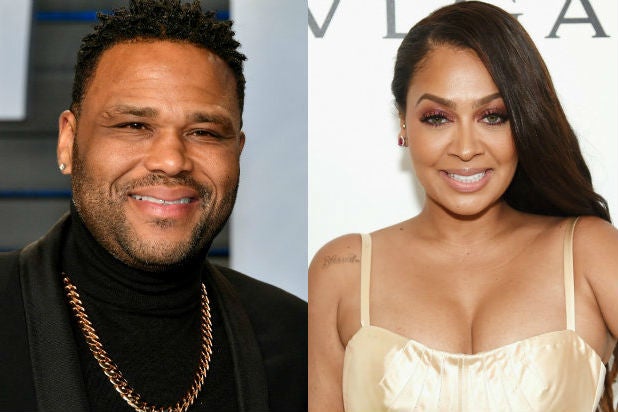 “Black-ish” star Anthony Anderson and actress-host La La Anthony will get ample brownie points with mom this year, as the pair return to VH1 to host “Dear Mama: A Love Letter to Moms.”

The annual special — which in case it is unclear, is to commemorate Mother’s Day — brings back both personalities to help superstars salute their matriarchs. This year’s installment will tape at Downtown L.A.’s Ace Hotel Theater, and air on May 7 at 9 p,m.

Anderson currently stars on and executive produces the hit ABC show “Black-ish,” as well as its spinoff “grown-ish.” He recently won his fourth individual NAACP Image Award in the category of “Outstanding Actor in a Comedy Series.”

Anthony, from the Starz series “Power,” has produced on Broadway, appeared in numerous films and is a New York Times best-selling author.

Amy Doyle, Garrett English, Elena Diaz and Andria Parides are producing for VH1, with Joe Buoye as head of production.