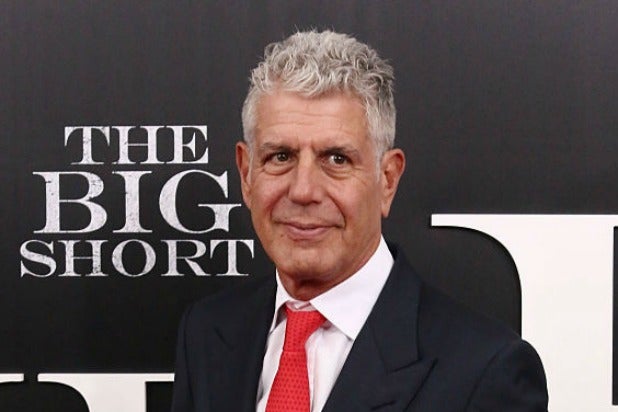 Before his death, Anthony Bourdain discussed the meaning of life and performed an ancient “death ritual” with director Darren Aronofsky while filming the finale of “Parts Unknown.”

The episode, which aired on CNN Sunday, tracked Bourdain and the “Black Swan” director during a journey through Bhutan in South Asia. The renowned chef, also a Buddhist, touched on the country’s relationship with death in one scene, where a man tells Bourdain Buddhism implores its followers “not to take things too seriously. This is, in fact, an illusion.”

“Life is but a dream,” responded Bourdain.

“It is considered enlightening and therapeutic to think about death for a few minutes a day,” he added, while narrating a shot overlooking a Bhutanese mountain range.

Aronofsky, writing about his friend for CNN, said a “death ritual” scene filmed for the episode was “ironic,”  even considering it was shot six months before Bourdain’s suicide.

“It seems ironic now that on our last day of shooting we performed a Bhutanese death ritual,” said Aronofsky. “We debated the fate of the country, the fate of the world. He was perplexed as to how mankind’s endless hunger to consume could be curtailed. ‘Don’t we all want flat screen TV’s?’ he asked.”

Also Read: Chef Eric Ripert After Finding Anthony Bourdain's Body: 'I Pray He Is at Peace'

The finale followed Bourdain and the “Black Swan” director as they mingled with goat herders and ate in Thimphu, the country’s capital. Aronofsky — who told CNN he first met Bourdain by direct messaging on Twitter in 2014 — said the journey helped solidify their friendship.

“Bhutan was where I really got to know Tony,” said Aronofsky. “There, I became aware of his utter lack of vanity. He never adjusted his hair or gave a damn about makeup or a lighting setup.”

The prominent host and chef’s death at the age of 61 rocked millions of fans earlier this month. Bourdain’s body was found in  in a hotel room in a Strasbourg, France, where he was shooting an episode for “Parts Unknown,” now in its 11th season.

“His death is incomprehensible. I don’t know how to process him being gone,” Aronofsky wrote of the late author and TV host.

CNN anchor Don Lemon paid homage to Bourdain before the season finale on Sunday: “Anthony Bourdain was our window to the far-flung places of our planet, but he had a way of making what was so foreign seem so familiar by the time he was done weaving his words around the story.”