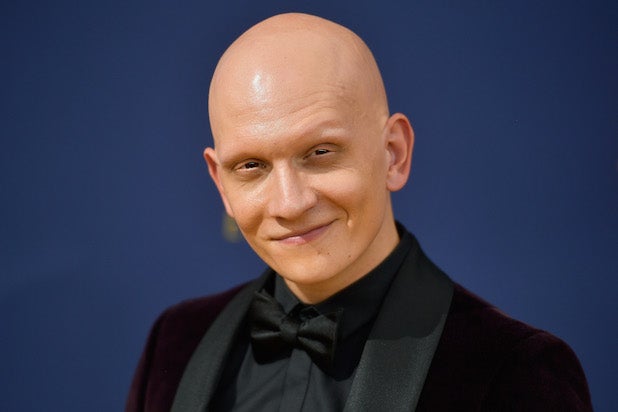 Anthony Carrigan, the breakout star of HBO’s “Barry,” has joined the cast of “Bill & Ted Face the Music,” starring Keanu Reeves and Alex Winter. Carrigan will play the villain in the film, two individuals with knowledge of the project told TheWrap.

The film is the third installment in the franchise following the ’80s teen cult comedy “Bill and Ted’s Excellent Adventure.” He also joins a cast that includes William Sadler returning as the Grim Reaper from the second film “Bill & Ted’s Bogus Journey,” Samara Weaving, Brigette Lundy-Paine and Scott Mescudi.

No specific details about Carrigan’s character have been revealed except that he’ll be the “relentless adversary” of the time-traveling heroes.

Dean Parisot (“Galaxy Quest,” “Red 2,” “Fun With Dick and Jane”) is directing the time-traveling buddy comedy from a screenplay by the franchise’s returning pair of writers Chris Matheson and Ed Solomon.

“Bill & Ted Face the Music” follows a now middle-aged Bill S. Preston Esq. and Ted Theodore Logan as they’ve still yet to fulfill their rock and roll destiny to bring peace to the universe as the band Wyld Stallions. The best friends now set out on a new adventure when a visitor from the future warns them that only their song can save life as we know it and bring harmony to the universe. Along the way, they will be helped by their daughters, old friends, a new batch of historical figures and a few music legends.

Carrigan is in the midst of a big breakout following his role as NoHo Hank in the second season of “Barry.” He also was just cast in the Kevin Hart drama “Fatherhood” at Sony Pictures.

The third “Bill & Ted” film will be financed by David Haring along with Patrick W. Dugan of Dugan Entertainment. Orion Pictures will release the movie through United Artists Releasing on Aug. 21, 2020. Endeavor Content is handling international sales for the title.

Carrigan is repped by ICM Partners and Schlegel Entertainment.

THR was first to report the news of Carrigan’s casting.