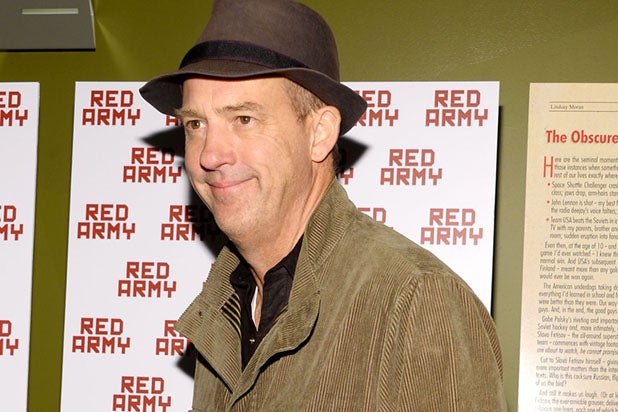 Actor Anthony Edwards’ allegations that producer Gary Goddard molested him when he was a child were “unequivocally” denied by Goddard’s publicist, Sam Singer, in a statement released Friday night:

I am responding on behalf of producer and writer Gary Goddard to allegations posted and made today by actor Anthony Edwards on the website Medium.

Gary first met Anthony more than 40 years ago. Gary was a mentor, teacher and a friend to Anthony, which makes this story all the more disturbing to him. As to the allegations that Mr. Edwards made in his post today, I can unequivocally deny them on Gary’s behalf.

Gary played an important role in helping start Anthony’s acting career and acted as his personal manager. He has nothing but the greatest respect for Anthony as a person. Gary is saddened by the false allegations.

The post by Anthony, as well as many of the news stories today reference a legal claim made against Gary approximately four years ago regarding sexual harassment. The complaint was demonstrated to be fraudulent as it was completely fabricated, and ultimately withdrawn by the complainant and his attorneys.

Actor Anthony Edwards has opened up, saying he was molested as a child by director and producer Gary Goddard. The former “ER” TV star penned an essay published Friday, saying that the entertainment executive abused him and his friends when he was 12 years old.

“I met Goddard when I was 12, and he quickly became a dominant force in my life,” Edwards wrote in a Medium post. “He taught me about the value of acting, respect for friendship, and the importance of studying. Pedophiles prey on the weak.”

Edwards goes on to say that he and his group of friends, who viewed Goddard as a father figure, were all abused. “My vulnerability was exploited,” he wrote. “I was molested by Goddard, my best friend was raped by him  –  and this went on for years. The group of us, the gang, stayed quiet.”

Also Read: Corey Feldman Names the Actor He Says Abused Him as a Teenager

Edwards wrote that he confronted Goddard as an adult, at which point the older man expressed remorse for his actions.

“He swore to his remorse and said that he had gotten help,” Edwards wrote. “I felt a temporary sense of relief. I say temporary because when Goddard appeared in the press four years ago for alleged sexual abuse, my rage resurfaced.”

In 2014, Goddard was named in a lawsuit by Michael Egan, alongside “X-Men” director Bryan Singer and two other executives, accusing them of sexually abusing him as a teenager. That lawsuit was later dropped.

“Abusers will often use the word ‘love’ to define their horrific actions, which constitutes a total betrayal of trust,” Edwards wrote. “The resulting damage to the emotional development of a child is deep and unforgivable. Only after I was able to separate my experience, process it, and put it in its place could I accept this truth: My abuse may always be with me, but it does not own me.”