Dr. Anthony Fauci’s ceremonial first pitch to open the COVID-shortened 2020 season for the Washington Nationals was juuuuuust a bit outside. But it was a hard strike in the Fauci-vs.-Trump feud –– even if nobody knew it at the time.

On Wednesday, former White House deputy press secretary Brian Morgenstern joined the syndicated conservative radio talk show Clay Travis & Buck Sexton to talk about his time at the White House, including the time Trump was apparently on the brink of doing the honors of kicking off the 2020 baseball season’s delayed start.

“We were gonna have President Trump throw out the first pitch” [of the season], Morgenstern said. “But before they could announce it, Fauci, who’s friends with the Washington Nationals owners, got himself invited.”

The National Institute of Allergy and Infectious Diseases Director didn’t fare so well – his July 23 opening-day pitch was really more of a shot-put … heave? … that was several feet high, outside (to a right-handed batter) and far short of the plate. But symbolically, it had more mustard on it, kicking off the first Major League Baseball game since the pandemic.

“The poetic justice is that when Fauci threw out the first pitch, other than Carly Rae Jepsen, it was the worst first pitch ever thrown,” Morgenstern said.

“So wait. But Fauci stole the first pitch honors from Trump?” asked Travis on Wednesday. 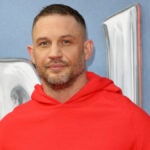 Morgenstern said Trump’s team came up with an “alternative event” to kick off the baseball season with former Yankee closer Mariano Rivera and “some Little Leaguers.”

The Nationals had reportedly asked Trump to take the Nationals Park mound for Opening Day in 2017, just a few months after his inauguration, but he declined due to a scheduling conflict. Trump never threw out a first pitch at the major league level as President, though in 2004 he did helicopter into centerfield at a Somerset Patriots game in New Jersey and fired one down the middle (if a bit low).

Ask anyone who saw it, it was a tremendous first pitch, the greatest first pitch in all of human history, unlike any first pitch ever seen:

For his part, Fauci was able to redeem himself with a better throw last month at a Mariners’ game, though his reception from the crowd was more open to interpretation. Keeping in mind that Fauci, a lifelong Yankees fan, was opening the Mariners-Yankees game on the road in Seattle: