Production has begun in New York on “Armageddon Time,” the next film from director James Gray, and joining the cast alongside Anne Hathaway are Anthony Hopkins and Jeremy Strong.

Focus Features is backing the film, which is led by newcomer Banks Repeta (“Lovecraft Country,” “Uncle Frank”) along with Jaylin Webb (“The Wonder Years”) and Ryan Sell (Broadway’s “Charlie and the Chocolate Factory”).

At one point the cast for “Armageddon Time” boasted Robert De Niro, Cate Blanchett, Oscar Isaac and Donald Sutherland, with the plan that production would’ve begun early in 2021, but that group is no longer attached.

“Armageddon Time” is inspired by Gray’s life growing up in Queens and is a coming-of-age story set in a pre-Reagan America. 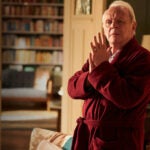 Also Read:
Anthony Hopkins to Reunite With ‘The Father’ Director Florian Zeller for ‘The Son’

Gray, who previously directed “Ad Astra” and “The Immigrant,” is writing, directing and producing, with Anthony Katagas, Marc Butan and Rodrigo Teixeira producing as well. Lourenço Sant’Anna and Rodrigo Gutierrez will be executive producing.

Focus Features is distributing “Armageddon Time” in the U.S., and Universal Pictures International will distribute abroad.

Hopkins, who last year netted a Best Actor Oscar for Florian Zeller’s “The Father,” just joined the cast of Zeller’s next film, “The Son.” Strong, meanwhile, is back on HBO’s “Succession,” which debuts its third season this Sunday, and was most recently seen on film in “The Trial of the Chicago 7.”