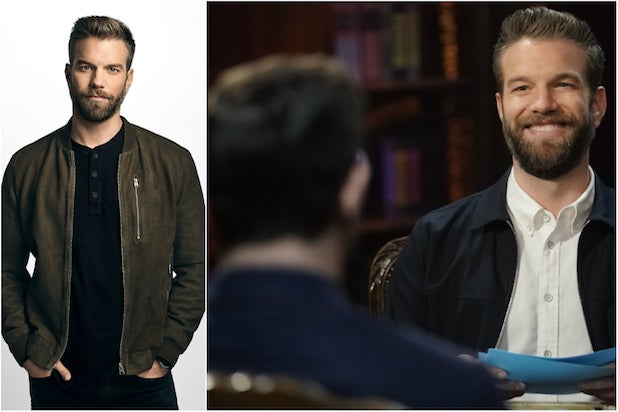 His last stand-up special, “Fire in the Maternity Ward,” included jokes about dropping babies, a neighbor with Alzheimer’s and the idea that “any trimester is good” for an abortion. It drew far more positive press than the mixed reaction to Dave Chappelle’s recent “Sticks and Stones.”

“Chappelle is perceived as a moral center in this country. He has a very nuanced take on race. He has a very nuanced take on a lot of things. So when he attacks the trans community or talks about ‘I don’t believe the victims who say they got molested,’ I think people truly get upset,” Jeselnik, who noted he had not watched the special yet at the time of the interview, told TheWrap.

(After the publication of this article, he said on an episode of “The Jeselnik and Rosenthal Vanity Project” that he watched Chappelle’s special and did not “understand what any of the outrage was about. Even the stuff about, like, not believing Michael Jackson’s accusers, I thought there was twinkle in his eye when he did it. If you read it, it sounds worse than when you see it. I thought this was the best of Dave Chapelle’s Netflix specials.”)

Chappelle also jokes in the special that LGBTQ people are like passengers on a road trip who don’t always get along.

Jeselnik said that after years of jokes about child abuse, horrific violence, and religion, people know what to expect from him. His jokes are carefully constructed riddles in which you always know he’s going to take a dark turn, but can almost never guess what the turn will be.

“When I walk out on stage, I’m from the first second to the last just an evil person. So no one would ever say, ‘I can’t believe Anthony is doing this’ because it’s just what I do. I think people want Dave to be someone he’s not.”

Jeselnik is acutely aware of the increased scrutiny placed on comedians today, in which jokes are often taken at face value, not as jokes, and comedians are held accountable for things they said years ago. During one “Good Talk” feature called “a segment in timeless comedy,” he puts guests on the spot by showing them old routines they might no longer care to defend.

But Jeselnik said his own routine has been “grandfathered in” to the point that people aren’t outraged by his dark humor.

During “Good Talk,” he bounces between his evil persona and serious discussions of comedy, as in an exchange with Nick Kroll about their shared love of Dana Carvey.

“I’m at a point in my career where I can look any comedian in the eye,” Jeselnik says. “I call the show ‘Night King Tonight’ because I look like Night King looking across the table ready to kill them.”

But guests quickly learn he’s there for more than a “Game of Thrones” beheading. In the show’s first season, Jeselnik brings on fellow comics and friends like Nick Kroll, Kumail Nanjiani and Kristen Schaal in a free-flowing conversation more common on podcasts than TV.

“I don’t like being on talk shows. I don’t like having to prepare and having some weird story or anecdote that seems fake,” Jeselnik says. “I wanted it to be authentic, not forced.”

Jeselnik is working on his next comedy special, and says “there isn’t a fear” that people are getting too comfortable with his persona. In fact, Jeselnik sees it as a challenge to innovate.

“It’s the fear that drives me,” he said. “I think he’ll always have a role in this society. Especially now. It’s fun to play a villain in a society where everyone is talking about the villains.”