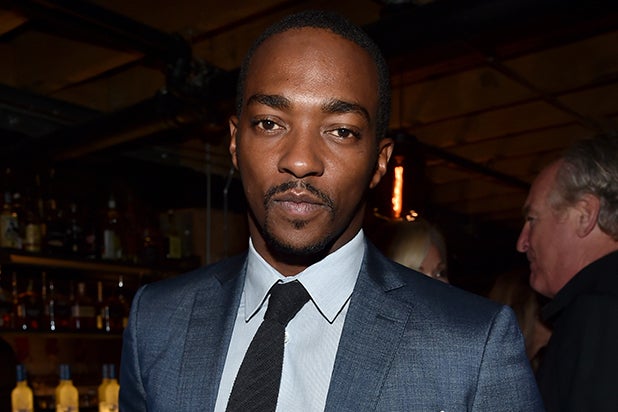 “Captain America: The Winter Soldier” star Anthony Mackie is joining Sandra Bullock in political dramedy “Our Brand Is Crisis,” an individual with knowledge of the project told TheWrap.

Directed by David Gordon Green, the film is based on the 2005 documentary of the same name about a U.S. political strategy firm hired by a controversial South American politician in a presidential election. Peter Straughan wrote the script.

Also read: Sandra Bullock in Talks to Star in George Clooney-Produced ‘Our Brand Is Crisis’ (Exclusive)

George Clooney and Grant Heslov are producing through their Smokehouse Pictures banner, while Bullock will also serve as an executive producer. Production is slated to begin this fall.

Mackie most recently played Sam Wilson, aka the Marvel superhero known as the Falcon, in “Captain America: The Winter Soldier.” He re-teams with Chris Evans again for romantic comedy “Playing It Cool.” He is represented by by UTA and Inspire Entertainment.