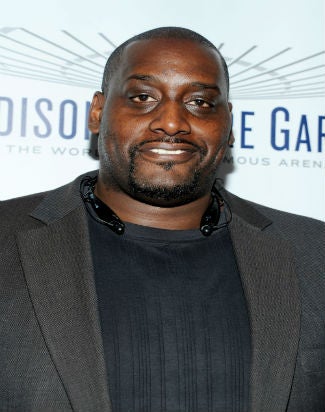 Former basketball star Anthony Mason died Saturday from a heart attack after recently being diagnosed with congestive heart failure. He was 48.

The 13-year NBA veteran was best known for playing for the New York Knicks from 1991 to 1996. A Knicks spokesperson confirmed Mason’s death to ESPN.

Mason’s son also spoke out about losing his dad. “First, I want to thank all those who offered prayers and well-wishes for my Father, our family really appreciates it,” his son, Anthony Mason Jr., said Saturday.

“Overnight, New York City and the world lost a legend, a friend, a brother … but more than anything our father, Anthony Mason. As you all would expect our father — Big Mase — put up an incredible fight, dealing with a severe heart issue. I’m wishing this was something else I was writing, but Pops we’ve got to let you know we love you and know you’ll always be with us.”

Mason’s other son, Antoine, said earlier this week that his father was “getting better” following multiple heart surgeries. Antoine plays college basketball for Auburn but will miss Saturday’s game against Texas A&M, the team announced.

The 6’7” forward was born in Miami, Florida, but went to high school in New York. He went on to play college basketball at Tennessee State before being picked 53rd overall in the 1988 NBA. Once there, he played for a number of teams including the New York Nets, Denver Nuggets, Charlotte Hornets, Miami Heat and the Milwaukee Bucks, but he was most famous for his five years with the Knicks.