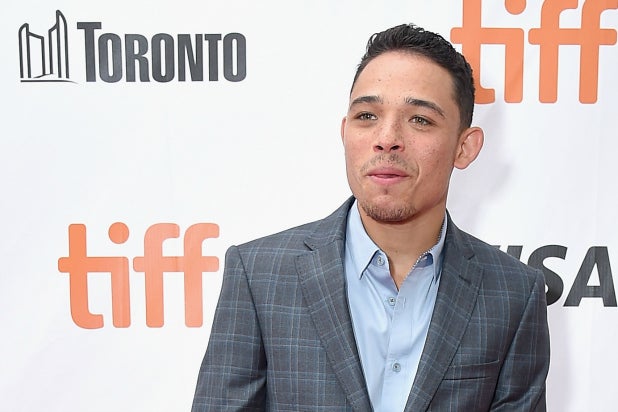 Anthony Ramos has landed the lead role in Warner Bros. big-screen adaptation of the Tony Award-winning musical “In the Heights.”

Ramos, having just appeared in “A Star is Born,” previously played the lead role of Unsavi in a production of “In the Heights” at the Kennedy Center in Washington D.C. “Crazy Rich Asians” director Jon M. Chu, who is helming this project as well, tweeted that Ramos was his dream casting.

The musical, created by Lin Manuel-Miranda and Quiara Alegría Hudes, follows a bodega owner in the New York City’s Washington Heights neighborhood, who has mixed feelings about closing his store and retiring to the Dominican Republic after inheriting his grandmother’s fortune.

Miranda wrote the music, lyrics and starred in the lead role when “In the Heights” landed on Broadway. Hudes wrote the book for the musical.

In addition, Ramos also worked with Miranda in the Broadway production of “Hamilton,” which Miranda created and won 11 Tonys, and where Ramos originated the dual roles of John Laurens and Philip Hamilton.

“In the Heights” had originally been set up at The Weinstein Co., but Hudes and Miranda regained control of the film rights in the aftermath of the company’s downfall following the decades-worth of sexual assault and harassment accusations against Harvey Weinstein, and TWC’s subsequent bankruptcy.

Warner Bros. won an intense bidding war for the rights to the musical.

Before even landing at TWC the rights were picked up by Universal but were dropped in 2011 after the studio was reportedly reluctant to produce the film at a $37 million budget.

The studio has dated “In the Heights” for a June 2020 release. Hudes is penning the script with Marc Klein (“Serendipity”).

Ramos is repped by CAA and Door24, and is currently starring in MoviePass Films’ “Monsters and Men.” Ramos is also in the upcoming Warner Bros. film “Godzilla: King of the Monsters,” with Legendary Entertainment.