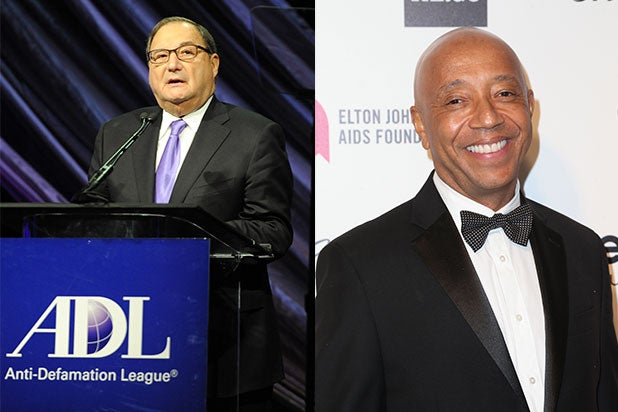 The Anti-Defamation League is outraged at hip-hop mogul Russell Simmons for comparing animal abuse to slavery and the Holocaust on Thursday.

“The comparison of animal suffering to that of human suffering in the Holocaust and in slavery is outrageous, offensive and insensitive,” ADL National Director and Holocaust survivor Abraham H. Foxman said Friday. “We would have expected better.”

While speaking at an event organized by horse-carriage opponents advocating for a ban on the New York City tradition, Simmons likened the practice to slavery, “ethnic cleansing,” and “putting people in ovens.”

Simmons urged New York Mayor Bill de Blasio to finally enact a ban on these horse-drawn carriages, to which mayor responded that he feels “very clear about the mission.”

Also Read: Russell Simmons Squares off With Bill O'Reilly: 'Your War on Drugs' is Destroying Fabric of Black Community (Video)

Read the ADL’s entire statement below:

The comparison of animal suffering to that of human suffering in the Holocaust and in slavery is outrageous, offensive and insensitive. We would have expected better. As someone who has worked with the Jewish community and should be sensitized to these issues, Russell Simmons should know better than to use inappropriate comparisons to the Holocaust or slavery, particularly in New York City, which is home to the largest Jewish community in the U.S., as well as to Holocaust survivors and a large African-American community. We are even more disappointed to read that Simmons has expressed no regret for his remarks. I believe he owes an apology to the Jewish and African-American communities. The murder of six million Jews and millions of others who perished in the Holocaust, and the many millions who suffered under slavery, should never be used to make a political point.