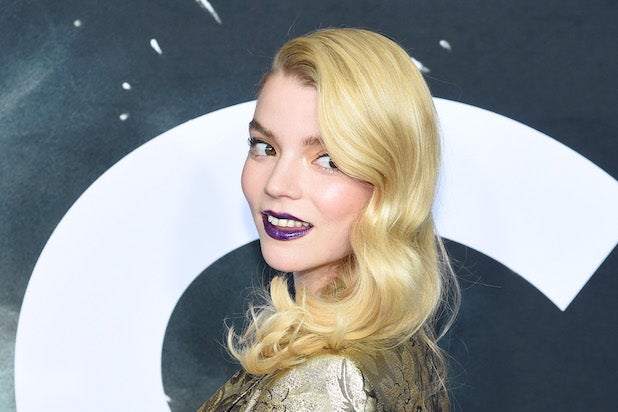 Here’s the official logline for the six-episode show, which is based on the Walter Tevis novel of the same name: “Chronicling the life of an orphan chess prodigy, the story – set during the Cold War era – follows Beth Harmon from the age of eight to twenty-two, as she struggles with addiction in a quest to become the greatest chess player in the world.”

Along with her role in M. Night Shyamalan’s “Split,” Taylor-Joy’s other film credits include the 2018 “Split” sequel, “Glass,” and 2015 horror flick “The Witch” along with the upcoming films “Playmobil: The Movie,” “Emma,” and “Last Night in Soho.” Her small-screen credits include Season 5 of “Peaky Blinders” and “The Dark Crystal: Age of Resistance,” another upcoming series at Netflix.

She is repped by CAA, Troika, and Felker Toczek Suddleson Abramson.