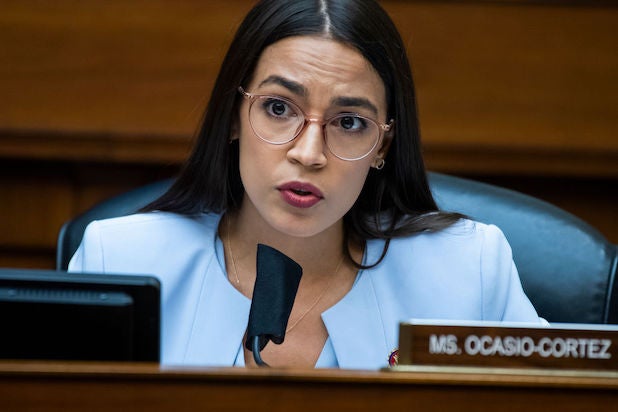 In yet another instance of Rep. Alexandria Ocasio-Cortez definitively shutting down Republicans who try to mix it up, AOC had a succinct retort on Thursday for Republican critics of her $58 “tax the rich” campaign sweatshirt.

“We don’t use slave-wage labor for merch that funds grassroots organizing,” Ocasio-Cortez tweeted.

Earlier on Thursday, conservative commentators like Ben Shapiro derided AOC’s merchandise by tweeting, “Only the rich can afford this idiotic sweatshirt.”

Also Read: AOC Claps Back at Critics of Her 'Borrowed Clothes' in Vanity Fair Cover Shoot

Fox News contributor Lisa Boothe also weighed in on the sweatshirt: “Still laughing about AOC selling ridiculously expensive swag that says ‘Tax the rich.’ That pretty much sums it all up right there.”

But in her response, the Democratic congresswoman said that anyone who wanted the sweatshirt for free could get one if they volunteered for the campaign. She also took a dig at President Donald Trump, whose own campaign merchandise has conspicuously not been made in America.

“What’s the difference between Trump’s merch and ours? Ours is made in the US,” Ocasio-Cortez tweeted. She also signed off with one more message: “Oh, and by the way: Tax the Rich.”