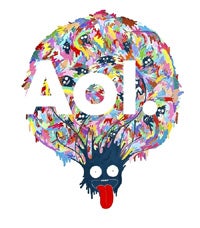 We’ll be seeing a lot more of this, hopefully.

AOL — which recently announced plans to lay off 2,500 employees ahead of its spin-off from Time Warner — has snagged Saul Hansell, New York Times reporter and founder of the paper’s Bits blog, to be the programming director of its soon-to-be-launched Seed.com.

Hansell, who joined the Times in 1992, was one of the many Times staffers to accept the paper’s buyout offers. (The company’s deadline to accept the offers expired on Monday.)

At AOL, Hansell becomes the first living, breathing employee attached to Seed – what it calls a “content management platform” but what others are calling a “robot-edited news service” that may pit freelancers against each other in a reverse auction scenario in which “whoever submits the lowest bid gets the assignment.”

Hansell’s no robot, although he emailed me back with robotic, near-automated speed.

Congratulations on the new gig. I’m working on a brief item about your move for thewrap.com, Sharon Waxman’s new(ish) site.

Quick question — were you one of the Times staffers who accepted the company’s buyout offer?

Yes. The buyout was a nice bonus. I’m mainly leaving for a great opportunity with AOL.
Saul

Another interesting side note: the press release distributed by AOL does not include what was supposed to be the new, rebranded “Aol.” spelling. Thank god for that.