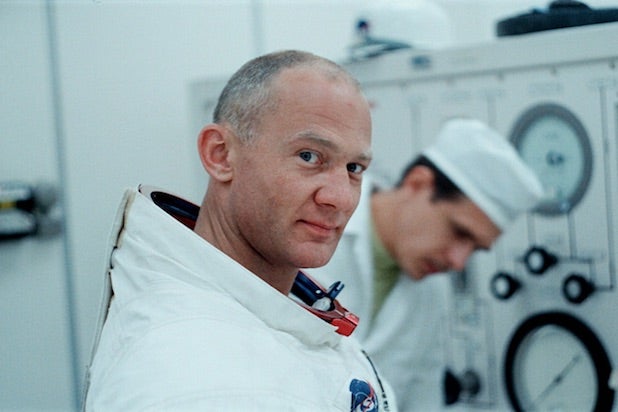 Next year’s Academy Award for Best Documentary Feature will go to “Apollo 11,” “The Cave,” “Diego Maradona,” “For Sama,” “Knock Down the House” or one of 10 other nonfiction films, if the track record for DOC NYC’s annual Short List proves to be as accurate as it has been in past years.

Those five films were included on the documentary festival’s 2019 list, along with “American Factory,” “The Apollo,” “Ask Dr. Ruth,” “The Biggest Little Farm,” “The Edge of Democracy,” “The Elephant Queen,” “The Great Hack,” “Honeyland,” “The Kingmaker” and “One Child Nation.”

All of the films will screen at this year’s festival, which runs in New York City from Nov. 6 through Nov. 15, and will be eligible for juried awards in four categories for the first time.

DOC NYC has been compiling its Short List, which identifies the documentaries that its programming team considers to be the year’s strongest awards contenders, since 2012. It expanded the list to 15, the same size as the Oscar doc short list, in 2014. Since then, the DOC NYC list has included nine or 10 of the films that end up on the Oscar list every year, along with four or five of the eventual nominees and every Oscar winner.

Showing just how blurred the lines are between film and television in nonfiction filmmaking, four of the 15 films – “American Factory,” “The Edge of Democracy,” “The Great Hack” and “Knock Down the House” – are from Netflix; two are from HBO, and others are from Amazon, Showtime, National Geographic, PBS, Apple and Hulu/Magnolia. Three are from NEON, the closest thing to a traditional film distributor on the list.

In the documentary shorts category, the festival identified 12 likely awards contenders, including Orlando von Einsiedel’s “Lost and Found,” Amy Shatz’ “Song of Parkland” and Alexander A. Mora’s “The Nightcrawlers.” Last year, four of the short docs on the DOC NYC list ended up on the Oscar short list, and one was nominated.

In addition, the 10th anniversary edition of DOC NYC added a new section, Winner’s Circle, made up of awards-worthy documentaries that may not have a high profile but that have won prizes at international festivals. The films include Mads Brugger’s “Cold Case Hammarskjold” and Richard Ladkani’s “Sea of Shadows.”

The festival also announced that directors Michael Apted and Martin Scorsese, both of whom will receive the Visionaries Lifetime Achievement Award, will be represented at the festival by screenings of “63 Up,” the latest film in Apted’s groundbreaking “Up” series, and “Rolling Thunder Revue,” Scorsese’s playful pseudo-doc on Bob Dylan’s 1975 tour.

Also Read: How Long Should a Good Short Film Be, Anyway? (Video)