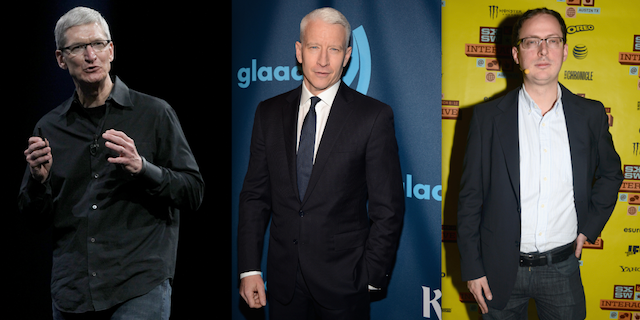 Apple CEO Tim Cook is still the number one most powerful member of the gay community, according to Out magazine's seventh annual "Power 50" list released on Wednesday.

The publication credits Steve Jobs' successor, who ranked number one in 2012, with successfully guiding the tech company through significant upgrades on all of the company's product lines. Under his leadership, the brand's market share increased a whopping 20 percent in the United States.

"Glee" creator Ryan Murphy and MSNBC anchor Rachel Maddow each moved up one slot from 2012's list, being placed third and fourth, respectively.

Frank Ocean, the R&B star who admitted he once had a romantic relationship with a man last year, landed the number 10 slot, while the first openly gay U.S. senator, Tammy Baldwin, followed at number nine.