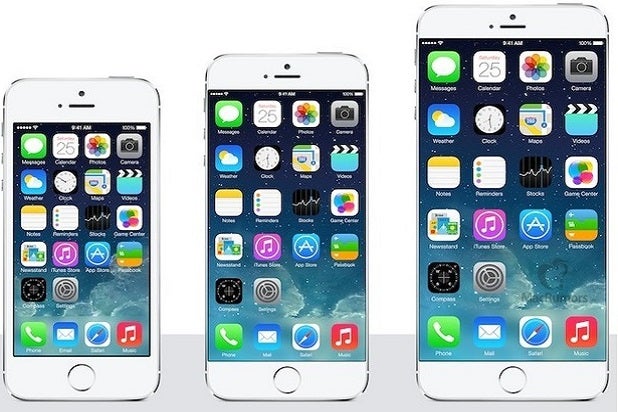 Strong sales of iPhones powered Apple to a better-than-expected $8.5 billion in fourth-quarter earnings on revenue of $42.1 billion, the company announced Monday.

“Our fiscal 2014 was one for the record books, including the biggest iPhone launch ever with iPhone 6 and iPhone 6 Plus,” CEO Tim Cook said. “With amazing innovations in our new iPhones, iPads and Macs, as well as iOS 8 and OS X Yosemite, we are heading into the holidays with Apple’s strongest product lineup ever. We are also incredibly excited about Apple Watch and other great products and services in the pipeline for 2015.”

The company’s edged out the expectations of analysts, who expected the company to take in $40 billion in revenue at $1.30 per share.

Apple unveiled its much-ballyhooed iPhone 6 on Sept. 9, along with the iPhone 6 Plus and Apple Watch. At the time, Cook called the iPhone 6 “the biggest advancement in iPhone.”

Three days after the phones were released, the company said that more than 10 million units were sold, making it the fastest-selling new iPhone on record. In the past quarter, 39.3 million iPhones have been sold, accounting for $23.7 billion in sales, surpassing the $21.5 billion that analysts expected, according to the Associated Press.

All told, the company sold $23.7 billion worth of iPhones, beating the $21.5 billion in sales expected by analysts polled by FactSet

“Our strong business performance drove EPS growth of 20 percent and a record $13.3 billion in cash flow from operations in the September quarter,” Apple CFO Luca Maestri said Monday, with the release of Apple’s earnings. “We continued to execute aggressively against our capital return program, spending over $20 billion in the quarter and bringing cumulative returns to $94 billion.”