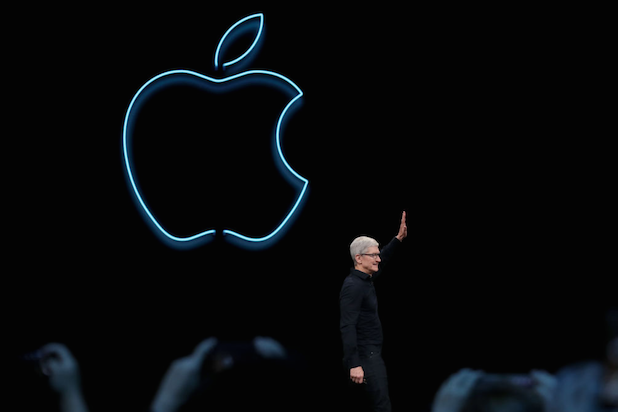 Apple chief Tim Cook, flanked by a minion of company executives, had plenty to discuss at the company’s annual Worldwide Developer Conference in San Jose, Calif. on Monday.

Cook kicked things off with a sneak peek at “For All Mankind,” a space race drama set in an alternate history where the Soviets put the first man on the moon. It was the first trailer released for one of Apple’s upcoming series, ahead of its full content push later this year, and indicated the company still wants its new slate of shows to be top on everyone’s mind.

But from a purely tech perspective, there was a lot more to go over, including new iOS privacy features, a nifty AirPod update, and the death of iTunes. Let’s quickly run through the highlights.

Perhaps the most intriguing announcement at WWDC was Apple’s new “Sign In with Apple” tool, allowing users to sign-in to apps while curbing how much personal data they actually share with third parties. Rather than signing in with their Facebook, Google or Twitter accounts when they go to certain sites, users will now be able to use Apple’s “Sign In” tool, which is designed to provide the minimum amount of data. Apple’s “Sign In” tool will even let users hide their email addresses from being used, making it trickier for third parties to wrangle their advertising profile and hit them with ads.

The feature comes as Apple has positioned itself as Silicon Valley’s privacy police in the last year while its neighbors like Facebook have run into public and regulatory scrutiny over their handling of user data. The “Sign In” tool is the latest step in this direction for Apple, and puts it at odds with giants like Google and Facebook, who use their own sign-in tools to gather ad-tracking data. It’ll be worth watching how Apple’s competitors respond and whether app developers will want to work with the tool, since they typically depend on the data Apple is looking to keep private.

The iTunes era has officially come to an end. Mac users will now have iTunes broken up into three separate apps  — Music, Podcasts and TV — with the latest MacOS 10.15 update. The trailblazing music and movies store’s death has been a matter of when, not if, for a while, though. The three apps have already been a mainstay on iOS for years;  iTunes’ demise comes more than 16 years after it first launched, allowing users to buy songs for 99 cents at a time when peer-to-peer file sharing services like Kazaa and LimeWire haunted the dreams of many record executives. Now, at a time when users would rather stream than outright buy a song or movie, iTunes had become an outdated icon that reminded Mac users of a bygone epoch.

Apple revealed a few new AirPod features on Monday. First, AirPod users can now simply tap their iPhones together if they wish to share what they’re listening to with a friend. It’s definitely a cleaner alternative to the old school method of putting your headphone into someone else’s ear. Secondly, AirPod users will now be able to have Siri read them their iMessages; users can then say “Hey Siri…” to respond.

Long an Achilles heel for Apple, their navigation app’s basemap has been rebuilt from the ground up. The new map is available now in select cities and states, and will roll out across the US by the end of 2019 and to more countries in 2020. The new Maps experience promises broader road coverage, better pedestrian data, more precise addresses and more detailed landcover.

A new Dark Mode will deliver a better viewing experience in low-light environments.

In addition to these consumer updates, Apple debut a slew of developer technologies, allowing faster and easier development of apps via simpler and automated tools. More tools will also be available for augmented reality app builders, those looking to bringing iPad apps to Macs and developers working on iWatch-specific apps.