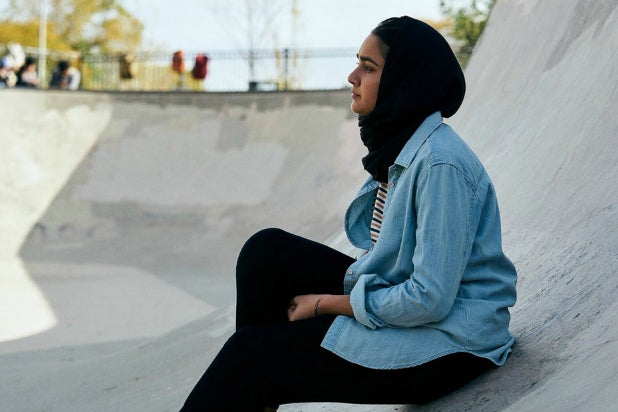 Apple is kicking off its foray into film by playing ball with Hollywood. The tech giant on Friday announced theatrical release dates for its first three films, coming this fall.

First comes the company’s acclaimed wildlife documentary “The Elephant Queen,” which will open in theaters on Oct. 18 before landing on Apple’s Apple TV+ streaming service Nov. 1.

The documentary, which Apple describes as “a genre-redefining film,” follows Athena, an elephant matriarch who will do everything in her power to protect her family when they are forced to leave their watering hole. “The Elephant Queen” is a story of love, loss and coming home, and is a timely love letter to a species that could be gone from our planet in a generation.

“Hala,” a critically hailed drama that garnered praise at 2019’s Sundance Film Festival, centers around a high school senior, Hala (Geraldine Viswanathan), who struggles to balance being a suburban teenager in Chicago with her family’s strict upbringing.

The film will be in select theaters on Nov. 22, before premiering on Apple TV+ in December.

From director Minhal Baig, the film follows Hala as she comes into her own and finds herself grappling with a secret that threatens to unravel her family. It was based on a short film by Baig, whose script was featured on the 2016 Black List. Baig implemented an inclusion rider during production, which facilitated the hiring of women into many department head positions and 75% of below-the-line roles.

Then comes “The Banker,” starring Anthony Mackie and Samuel L. Jackson. The film, inspired by true events, opens in theaters Dec. 6, and will stream on Apple TV+ in January.

“The Banker” centers on Bernard Garrett (Mackie) and Joe Morris (Jackson), who devise an ingenious business plan to take on the Establishment and the racial limitations of the 1960s to help members of underserved African-American communities achieve the American Dream.

With the assistance of Garrett’s wife Eunice (Nia Long), they train a working-class white man, Matt Steiner (Nicholas Hoult), to be the face of their burgeoning real estate empire — while Garrett and Morris pose as a janitor and chauffeur. Their social activism and success ultimately draw the attention of banking and government officials, which threatens everything the four have built.

Apple’s plan to release its movies in theaters ahead of the streaming debut sets it apart from Netflix, which has tended to ask theaters to release its movies on the same day they hit its service. Netflix has made exceptions to this rule, however — mainly for awards purposes. Martin Scorsese’s “The Irishman,” for example will be in select theaters for weeks before it goes to Netflix on Nov. 27.

Apple’s theater plan is being led by Zack Van Amburg and Jamie Erlicht, the former Sony execs now spearheading its content push, per the Wall Street Journal. They’ve also added Greg Foster, the former head of entertainment at IMAX, as a consultant, the report says. The company is “eyeing” a mid-2020 release for its first theatrical release, Sofia Coppola’s “On the Rocks,” starring Rashida Jones, according to the WSJ.

Up until now, Apple has focused on TV series to fill its new $5 per month service. The service plans to debut on Nov. 1 with one documentary film and eight original series, including “The Morning Show,” a glitzy drama starring Reese Witherspoon, Steve Carrell and Jennifer Aniston in her return to TV. Cook also offered a preview of “See,” Jason Momoa’s new show set in a world where the few remaining humans to survive a deadly virus are left blind.