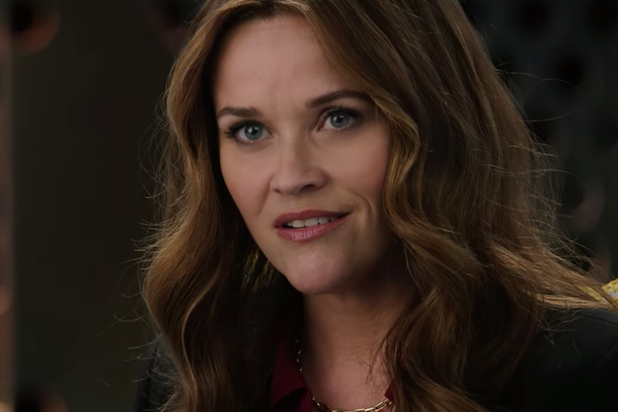 Apple TV+ finally got its long-awaited release date and price during Apple’s Tuesday event. And along with the reveal that the service will debut Nov. 1 and cost $4.99 per month was an explainer for how Apple plans to roll out the many shows it has ordered for the forthcoming platform.

Here’s the plan, in Apple’s own words:

At launch, most Apple TV+ series will premiere with three episodes, with one new episode to roll out each week, while full seasons of some series will be available all at once.

When the tech giant’s CEO Tim Cook revealed during Tuesday’s event that the platform will cost $4.99 per month and debut on Nov. 1, he also said you’ll get a year of Apple TV+ for free when you buy a new iPhone, iPad, Apple TV, Mac or iPod touch starting Sept. 10. And the service will be offering a seven-day free trial when it debuts.

The long-awaited announcement comes after Apple recently started rolling out trailers for its original shows that will be available at launch, including Reese Witherspoon and Jennifer Aniston’s drama “The Morning Show,” Ronald D. Moore’s “For All Mankind,” the Hailee Steinfeld-led comedy “Dickinson” and the Jason Momoa sci-fi series “See,” which dropped its preview today.

Apple says these other shows (and one movie) will also be available at launch, with more being added to the app each month: Sesame Workshop’s “Helpsters,” Peanuts cartoon “Snoopy in Space,” a “reinvention” of ’90s children’s mystery series “Ghostwriter,” the documentary film “Elephant Queen” and from Oprah Winfrey, “a vibrant, global book club community and other projects to connect with people around the world and share meaningful ways to create positive change.”

The unveiling of Apple TV+’s price and launch date comes over six months after Apple gave out a few details about the new ad-free streaming service during an event in Cupertino, California in March. At that time, all that Apple revealed was the service’s name and a planned fall 2019 debut.

Apple also announced then that Apple TV+ will be available in 100 countries and accessible via the Apple TV app, which will be updated to include an Apple TV Channels feature. But what the tech giant didn’t tell us then was how much Apple TV+ would cost subscribers or the service’s exact launch date.

Apple used the March event as an opportunity to bring out some of the big talent behind the almost two dozen series that have been ordered for Apple TV+ to preview their programs.

Apple TV+ will be met with a growing number of competitors as it looks to make a presence in the over-the-top (OTT) space.

In addition to Netflix, Amazon and Hulu, Apple’s new platform will also be going up against Disney+, which launches in November, and WarnerMedia’s HBO Max, which will debut next spring.

Apple TV+: Here Are All the Original Shows in the Works for Apple's Streaming Service (Photos)