April Fools Day is here once again, so be cautious as you scroll your feeds today. Even after a year of uttering “Is this a joke?” almost daily through unbelievable news cycles, the pranksters are still out.

But it’s not just family and friends you need to be wary of today. As always, there were a bevy of attempted pranks from Hollywood and major brands and, as always, some of them backfired — hard. To be fair though, some were also pretty funny. Here are this year’s attempts, from the weird to simply the worst.

As soon as “Teletubbies” and “bitcoin” end up in the same sentence, you know something’s off. So it was pretty easy to sniff out this April Fools prank as soon as it was teased on the official “Teletubbies” Twitter account — especially since the image attached to it was absolute nightmare fuel.

Eh-Oh…what could the Teletubbies be possibly hiding from us? Stay tuned for something BIG this week. 🚀 #Bitcoin pic.twitter.com/fJ2NBXsENx

No, Bitcoin didn’t become the official currency of Teletubbyland. Instead, it was revealed that the colorful creatures had created their own cryptocurrency. “In response to the overwhelming global demand for cryptocurrencies, they have launched TubbyCoin, an innovative new cryptocurrency employing the groundbreaking power of HugTech,” read an official statement. “Developed at WildBrain Labs, a secure research facility in the Coachella Valley, TubbyCoin is a new virtual system that employs cutting-edge cryptographology to convey the inherent value of Big Hugs! in the form of exchangeableTubbyCoin ‘BigHugs!’ Tokens, featuring Tinky Winky, Laa-Laa, Dipsy and Po.”

Though cryptocurrencies are surging in popularity right now, this one is indeed just an April Fools prank.

But, in a post-pandemic world, we might want to revisit that HugTech concept…

Obviously, we’ve all got even closer to our pets after almost a full year of quarantining. So, for April Fools Day, Cartoon Network went for an all-out pet-themed rebrand. On April 1st, they would be Cartoon Network no longer — long live Cat-toon Network. 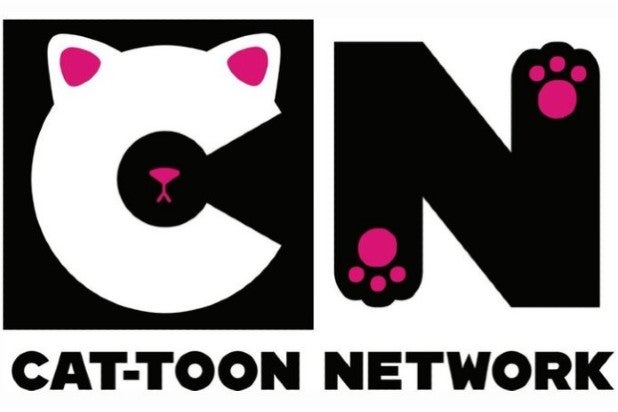 Admittedly, this one was one of the funnier pranks to come through. The network released their new programming slate in a press release, announcing titles including “The Big Bang Tabby,” a comedy about how “a house of nerds gets flustered when a new redhead, way out of their league, moves in”, “Keeping Up With The Katdashians” billed as “An all-access peek into the glamorous lives, loves and feuds of Hollywood’s most famous kitty brood,” and “Love-Cat Country,” a “Southern gothic horror, with a supernatural kitty spin.”

As cat puns go, these were pretty great, and they were only a FEW of the shows Cat-toon Network “had in development.” We don’t mean to taunt cats here but uh, two opposable thumbs up on this one.

On Monday, the German automaker “accidentally” posted a press release on its website early on Monday announcing a new name for its U.S. operations, emphasizing the German automaker’s electric vehicle efforts. Volkswagen would become Voltswagen of America, with the “volts” change being an obvious nod to the electric aspect of their new cars.

We know, 66 is an unusual age to change your name, but we’ve always been young at heart. Introducing Voltswagen. Similar to Volkswagen, but with a renewed focus on electric driving. Starting with our all-new, all-electric SUV the ID.4 – available today. #Voltswagen #ID4 pic.twitter.com/pKQKlZDCQ7

The release said the name change was expected to take effect in May and called the renaming a “public declaration of the company’s future-forward investment in e-mobility.” It also said “Voltswagen” replace the the company’s iconic VW emblem on all electric cars.

By Tuesday morning the release had been taken down and on Tuesday afternoon the company put out a new statement saying the rebranding was an April Fools Day prank gone wrong.

All in all, a Very Weak prank from VW.

On the whole, Adult Swim’s annual April Fools Day pranks are usually pretty solid, and this year was no exception. In honor of the day, Adult Swim became Adult Swim Jr.

As part of the prank, Adult Swim took an episode of its animated hit “Rick and Morty” and re-dubbed all the dialogue with kid actors. They went the whole nine yards with it, redoing the whole intro and renaming characters to make them ever so slightly more kid-friendly (e.g. Mr. Poopy Butthole became Mr. Poopy Butt Butt).

Before “Baby Shark” was the undying earworm, there was the Kars 4 Kids jingle. Odds are, you probably know the number to call for Kars 4 Kids without even realizing — the jingle simply made it muscle memory.

Unfortunately, that doesn’t mean everyone likes it. And Kars 4 Kids is well aware of that. So, for April Fools Day this year, they opted to revamp their jingle.

“For years, we’ve been wondering: Why aren’t all of you falling in love with our jingle as hard and as fast as us? Why do you fail to appreciate this cinematic masterpiece airing on TV stations around the country? Why must you tweet and tag and generally harass us all because of a simple 30-second radio spot?” Kars 4 Kids posted on their website.

Going through their options, the Kars 4 Kids lyrics were briefly set to the “Baby Shark” melody, but in the end, it was the catchy tune of “Happy Birthday” that won out. All in all, it was actually a pretty funny joke.

Last week, PEEPS announced that they were teaming up with Pepsi to create a soda-flavored marshmallow. But no, that somehow wasn’t an early April Fools joke (it also wasn’t called PEEPSI, which people had even more of a problem with).

For April Fools’ Day, PEEPS announced that they were teaming up with vegetable brand Green Giant to announce cauliflower flavored bunnies. Thankfully, PEEPS confirmed the marshmallows were just a joke early in the day and kids everywhere could rest easy knowing these monstrosities wouldn’t end up in their Easter baskets.

Naturally, Velveeta’s April Fools’ Day prank was always going to be cheesy. But it was also pretty hilarious.

Getting in on the action a bit early, Velveeta “launched” a new skincare line on March 30. It was called “V by Velveeta” and, according to the official description, “Its products are inspired by the unmatchable creaminess of Velveeta liquid gold, and have been meticulously designed to make your skin feel smooth, hydrated and moisturized.”

Velveeta even filmed commercials for the skincare line, complete with vague statements like “Indulge your indulgences” and classic footage of a young woman running through a field of flowers.

It’s not quite bonfire weather just yet for most of the U.S., but then again, for Jet-Puffed’s “new” product, you don’t even need the fire.

For April Fool’s Day this year, the marshmallow company announced a new “Burnt” flavored marshmallow. Per the official release, the snacks are “the Jet-Puffed marshmallows you know and love, just burnt to that perfect level of crisp. It’s the marshmallow we all need and deserve.”

Odds are, they’re less gooey than they would be having been burnt the traditional way. Honestly? Not the worst idea floated as a joke this year. 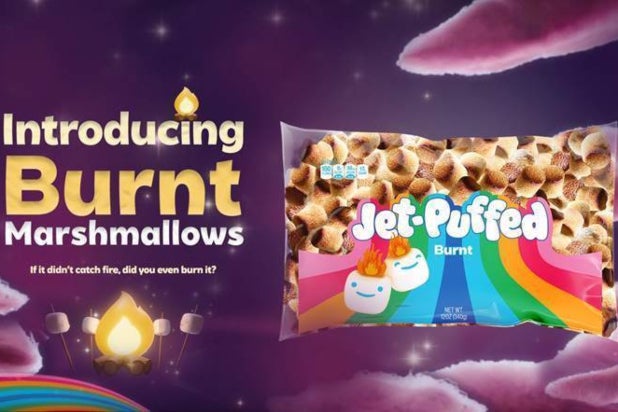 Archie Comics have been an entertainment staple for years, and no matter how weird “Riverdale” gets, is still beloved today. But today, Jughead has had enough.

To celebrate April Fools’ Day, Archie Comics issued a statement that going forward, they would be known as Jughead Comics. “For 80 years, we’ve been publishing stories about Archie Andrews and his pals Jughead, Betty, Veronica, Reggie, and those other kids,” a statement tweeted by “an unnamed Jughead Comics spokesperson” read. “That all changes today as we go forward under our new name, Jughead Comics.”

It’s definitely one of the funnier pranks out there, but it couldn’t quite commit to the bit. By the end of the statement, “Jughead Comics” fully admits that the stunt was an April Fools joke that they “already regret doing.”

You might think including Blockbuster on this list is an April Fools’ Day joke in and of itself. But we promise you, it’s not. The last Blockbuster did indeed get in on the pranking action, releasing a video announcing that Blockbuster was updating its computers…to Quantum Computers.

“Our customers are gonna be able to go to our website, and with a simple press of a button, a Quantum Computer is going to pick the perfect movie for them,” says Dan, a “Blockbuster employee” in the video. Of course, Dan has no actual understanding of Quantum. But he’s very excited about this move.

And honestly? We would be too. Who knows, maybe it’s all an elaborate lead-up to the next “Ant-Man” film. (That is a joke. It’s okay to joke on April Fools’ Day, right?)