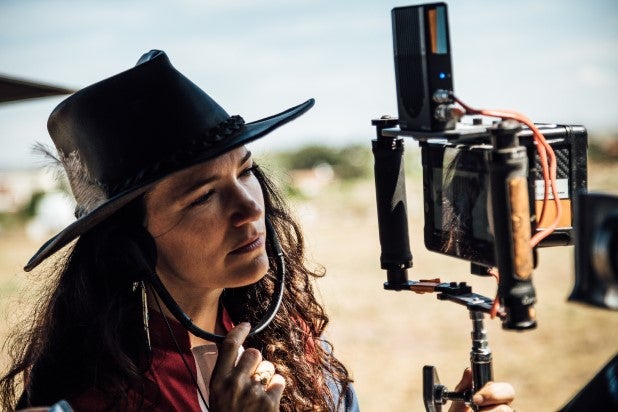 “Wander” was shot in Carrizozo, New Mexico, and filmed on the homelands of the Pueblo, Navajo and Apache Peoples. This was acknowledged before we began shooting the film and in the title card placed at the top of the film.

Before shooting began, we did a land acknowledgment and opening ceremony with the entire cast and crew present. This was very important to me as a director about to embark on a major journey with my team.

The land acknowledgment is an expression of gratitude and appreciation to those whose territory we were about to inhabit. It is a way of honoring the Indigenous people who have been living and working on the land from time immemorial. It is important to understand the long-standing history that has brought us to reside on the land and to seek to understand our/your place within that history. 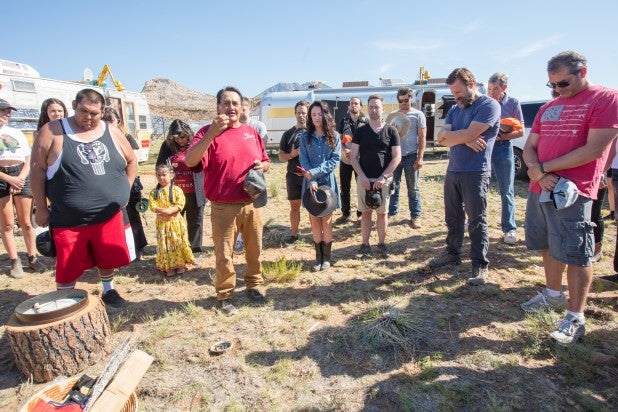 We also conducted a smudging ceremony. Smudging is the burning of plant herbs (sage/sweetgrass) in either a clay or shelled bowl along with prayers for cleansing and clearing. The smudging results in a smoke cloud formation that cleanses the air and those within it.

This felt important — coming into the shoot with a clear mind, heart and spirit in order to bring our greatest self forward and create together. Aaron Eckhart not only participated in the ceremony, but he also thanked me for such a special, meaningful experience. He had transformed into Arthur, his character, and truly gave everything daily to this film. It was a wonderful starting place for the entire cast and crew, and I believe drew us closer.

I also wanted to incorporate indigenous language into the film through music. There have been so many questions by press and reviewers about the music in “Wander.” It’s exciting to share the answer to, “What is that stunning language?” It was important for me to include the healing Medicine of the Voices of Ancestors of Turtle Island. I wanted to include the language of the ancestors. Indigenous language is so rarely spoken onscreen nor heard in mainstream film/TV entertainment. Indigenous language matters — when you lose language, you lose culture and tradition. Of the 60 or more Indigenious languages in Canada, just three — Cree, Inuktitut and Ojibwa — are stable and viable. Even among communities where language loss has been deep and widespread, language revitalization is both a reality and a powerful aspirational goal. With language, one will not be silenced, but able to pass on the wisdom of our ancestors to the next generation.

I reached out to Jeremy Dutcher of the Tobique First Nation. From the second I heard his voice, I felt incredible power. I was brought to stillness and tears. I wanted to share how resilient Indigenous voices have been across time; how essential and critical the voices are for our future; how healing it is to witness and embody our ancestors’ songs and languages. Jeremy and I spoke for some time as I explained why this was so important for this film. I am beyond grateful to include several Wolastoq songs in the film performed by him. 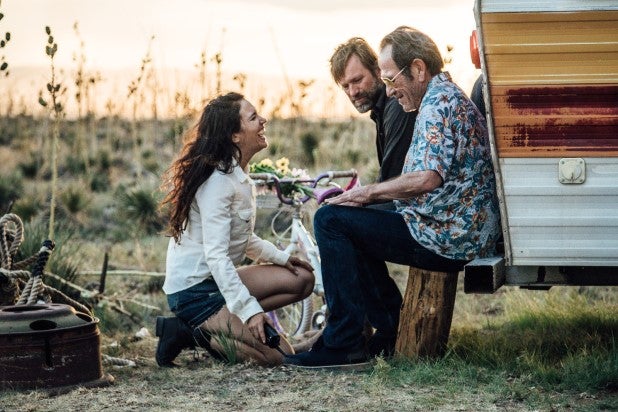 Another Indigenous voice I wanted to share was my own.

I felt for some time that my voice had been silenced through the entertainment industry for several reasons over the past two decades. I wanted to finally stand up for my roots, my choices and speak without fear of someone taking what I love to do away from me. “Wander” has so much tradition and belief embedded in the film; it’s in the story, the characters, the production design, the music and the spirit behind the intention of allowing a voice to be heard, the truth to be brought into light.

“Wander” is a whirlwind of moments strung together depicting a human being pushing through grief and time to move forward and seek an individual’s truth. I am in awe of all those people who fight for the light, hope and love on a daily basis. These Silent Warriors are often marginalized, alienated, judged, and if they are racialized disproportionally criminalized, targeted with discrimination and violence, and often, sadly their lives taken as they try to speak out. Even through the dizzying mania of grief and mental illness, Arthur fights for the truth and his beliefs at all costs. The last image in the film is meant to be one of hope, he has discovered and proven at the very least to himself his theories and mysteries surrounding his daughter’s death.

My individual truth comes from (re)discovering my culture and embracing identity. For several generations, my Indigenous ancestry, as so many of ours, was clouded in mystery due to concerns of safety under the colonial state. As I have arrived in a place of intergenerational healing, it is with humility, great pride and openness. This healing journey has changed everything in my and our family’s life. We are Anishinaabe of the Algonquin Nation, part of the Thunderbird Clan. I could not be more humbled and honored.

“Wander,” starring Aaron Ekhardt, Tommy Lee Jones and Heather Graham, is available to stream now. Check out the trailer below:

BIO April Mullen
A mixed Anishinaabe director, producer, from the Algonquin Nation known as much for her versatility as she is for her passion.
April Mullen's latest directorial offer "Wander" stars Aaron Eckhart, Tommy Lee Jones, Heather Graham and Kathryn Winnick.
Mullen also directed "Below Her Mouth," a relentless love story shot entirely by an all-female crew, which had its world premiere at TIFF where she was honored with the Tiff Birk Diamond a tribute to Women in Film. 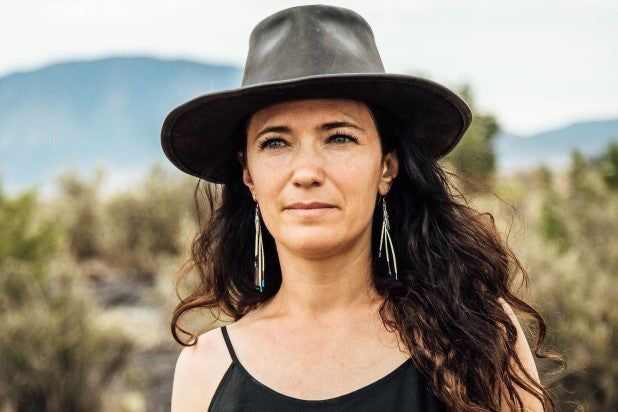 A mixed Anishinaabe director, producer, from the Algonquin Nation known as much for her versatility as she is for her passion.
April Mullen's latest directorial offer "Wander" stars Aaron Eckhart, Tommy Lee Jones, Heather Graham and Kathryn Winnick.
Mullen also directed "Below Her Mouth," a relentless love story shot entirely by an all-female crew, which had its world premiere at TIFF where she was honored with the Tiff Birk Diamond a tribute to Women in Film.