“Aquaman” director James Wan has revealed the title to the upcoming sequel starring Jason Momoa in an Instagram post.

“The tide is rising,” Wan said. 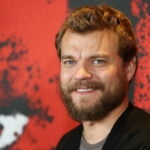 James Wan directed the film, which brought in $1.13 billion at the worldwide box office and $332.9 million domestically when it opened ahead of the Christmas holiday weekend late last year, making it the first DC film to cross $1 billion globally since “The Dark Knight Rises.”

Wan and Peter Safran are producing the sequel, and frequent Wan collaborator David Leslie Johnson-McGoldrick is writing “Aquaman 2.” He co-wrote the original film with Will Beall based on a story by Geoff Johns, Beall and Wan.

In casting news, Pilou Asbæk, the Danish actor best known for his stint as Euron Greyjoy in “Game of Thrones,” is in talks to join the sequel. It’s unclear what role Asbæk will play in the “Aquaman” sequel, and the plot is being kept under wraps.

Both Momoa and Asbæk are “Game of Thrones” alums, though they appeared on the show at greatly different times. American audiences will recognize Asbæk in films such as “Outside the Wire,” “Ghost in the Shell,” “Ben-Hur,” “The Great Wall,” “Overlord” and the miniseries “The Investigation,” but he also has an extensive career as an actor on Danish TV and film, including in the political drama “Borgen” and the films “A Hijacking” and “A War.” Next up he’ll star alongside Sylvester Stallone in “Samaritan.”