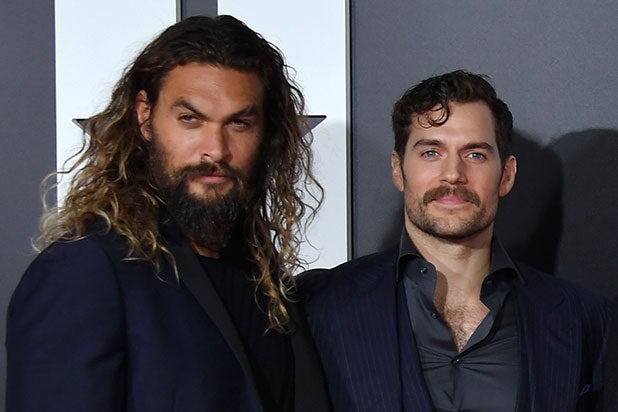 The actor spoke to ET Live at the Los Angeles premiere of James Wan’s “Aquaman” on Wednesday night.

“I just talked to Henry… He’s absolutely not [leaving the character],” he said. “He loves the character, he’s not. 100 percent.”

In September, TheWrap reported that Cavill would not be reprising his role as Superman in any upcoming DC films as Warner Bros. is shifting its focus to a standalone “Supergirl” movie.

An insider told TheWrap that the studio wasn’t rushing to make another installment in the “Man of Steel” franchise. In 2019, Warner Bros. has “Shazam!” and “Wonder Woman 2” being released, while 2020 will see “Birds of Prey” and “The Flash” — so the studio has a full slate for now with no room for another “Superman” film. Moreover, the studio is setting its sights on a “Supergirl” movie, for which no one has been cast yet, although Oren Uziel is writing the script for it. Realistically, another “Superman” installment could only come into fruition in 2021.

The British actor first appeared as the superhero in 2013’s “Man of Steel,” followed by 2016’s “Batman v Superman: Dawn of Justice” and 2017’s “Justice League.” He was set to have a cameo in “Shazam!” but contract negotiations dwindled, and he will not appear in DC’s upcoming “Aquaman” or “Wonder Woman 2” movies either.

The deal between Cavill and Warner Bros. might have also fallen through due to scheduling conflicts: he most recently signed on to Netflix’s “The Witcher” saga to play the role of Geralt of Rivia.

However, Cavill himself posted a cryptic video to Instagram following the reports, which confused fans into thinking he wasn’t done with the role after all. Cavill’s manager Dany Garcia released a statement saying, “Be peaceful, the cape is still in his closet. @wbpictures has been and continues to be our partners as they evolve the DC Universe.”

A spokesperson for Cavill has not yet responded to TheWrap’s request for comment.

Henry Cavill is still our Man of Steel. Watch Jason Momoa shut down rumors about Henry moving on from Superman. pic.twitter.com/iDddD2jN34