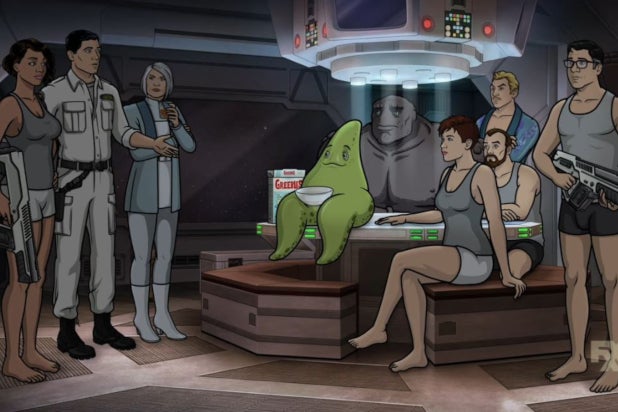 FXX has ordered “Archer After Hours,” a new live aftershow that will stream on Facebook immediately after the premiere of Season 10 of “Archer: 1999.”

The network ordered three episodes of “Archer After Hours” to stream on the show’s Facebook page following the May 29, June 26 and July 24 episodes.

Also Read: 'Archer 1999:' The Gang Heads to Space in the Trailer for 10th Season of FXX Comedy (Video)

Per the network, “Archer” is a half-hour animated comedy that follows Sterling Archer (H. Jon Benjamin), Lana Kane (Aisha Tyler) and their crew of acid-tongued misfits onboard the M/V Seamus salvage ship. An important question arises as they explore deep space and try to outsmart giant aliens, intergalactic pirates, and vicious bounty hunters: how do they survive each other? Welcome to the space-tastic world of “Archer: 1999.”