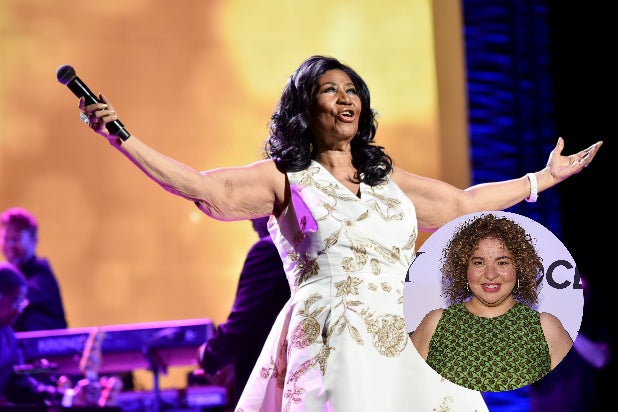 MGM announced on Thursday that it has tapped stage and television director Liesl Tommy to helm “Respect,” the studio’s Aretha Franklin biopic.

Tommy, a South African-born American stage director, is best known for her direction of the 2016 Tony-nominated play “Eclipsed,” which was written by “Black Panther” star Danai Gurira.

“The story of Aretha Franklin’s journey from child prodigy in Detroit to international supernova is rife with struggle and triumph, making her life one of the great American stories of all time,” Tommy said in a statement. “As a filmmaker there is no greater gift than to be able to bring this transcendent chronicle of a woman’s fight for self-realization to visual life with the enormous talents of the soulful Jennifer Hudson, Callie Khouri, and our incredible producers.”

The film covers the life of the late Queen of Soul, from singing as a child in her father’s church’s choir to becoming an iconic superstar and civil rights activist with 20 No. 1 R&B hits and 18 Grammy Awards. Franklin, who died in August of last year, was also the first female to be inducted into the Rock and Roll Hall of Fame and best known for her iconic single, “Respect.”

“It is an absolute honor to be a part of bringing Ms. Franklin’s story to audiences who adore her around the world,” Hudson said in a statement. “She is one of the most iconic and talented artists of all time and what a dream come true it is to portray her extraordinary life on screen. I could not be more excited to be working alongside Liesl Tommy, a brilliant and thoughtful director, who is no doubt the perfect choice to lead the film.”

Tommy became the first black woman to earn a Tony nomination for Best Direction of a Play for “Eclipsed.” The play tells the story of five Liberian women and their tale of survival near the end of the Second Liberian Civil War, became the first play with an all-black and female creative cast and team to premiere on Broadway.

Tommy, who has also directed episodes of “Insecure,” “The Walking Dead” and “Queen Sugar,” will direct Oscar-winning “Dreamgirls” star Jennifer Hudson, who was handpicked by Franklin to play her. “Nashville” creator Callie Khouri, who won an Oscar for her “Thelma & Louise” screenplay, will pen the script.

MGM motion picture president Jonathan Glickman and Adam Rosenberg, MGM’s co-president of production, will oversee the project on behalf of the studio.