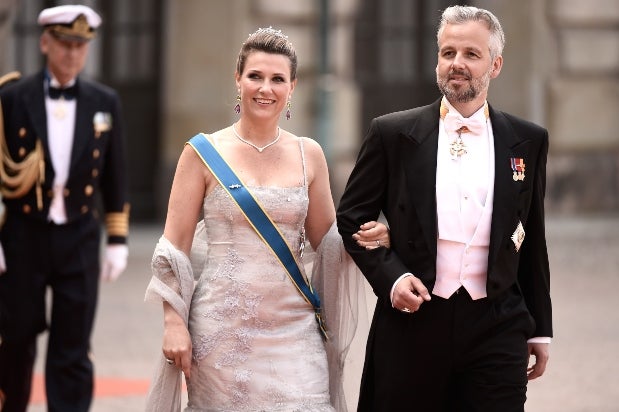 Ari Behn, the author and ex-husband of Norway’s Princess Martha Louise who once accused Kevin Spacey of sexual assault, has died. He was 47.

“It is with great sadness in our hearts that we, the closest relatives of Ari Behn, have to announce that he took his own life today. We ask that our privacy is respected in the time to come,” Håkonsund said in a statement to Norwegian newspaper VG.

Behn, also an artist and a playwright, was best known for his short-story collection “Sad as Hell.”

In 2017, Behn came forward with an accusation of sexual assault against Spacey, who was fired from his Netflix series “House of Cards” after several similar accusations from other men came out that year. According to the BBC, Behn told Norwegian radio station P4 that Spacey groped him at a Nobel Peace Prize concert in 2007.

“We had a great talk, he sat right beside me,” Behn said at the time. “After five minutes he said, ‘Hey, let’s go out and have a cigarette’. Then he puts his hand under the table and grabs me by the balls.”

Behn said his response to Spacey was, “Er, maybe later,” and added, “My hair was dark at the time, I was 10 years younger and right up his alley.”

Behn is not the first of Spacey’s accusers to die unexpectedly. The anonymous massage therapist who accused Spacey of sexually assaulting him last year died in September, one year after filing claims against the actor. As a result, that case against Spacey was dropped, according to the Los Angeles Times.

In a bizarre tradition started last Christmas Eve, Spacey posted another video in which he appeared as his “House of Cards” character, Frank Underwood, on Tuesday, with the message, “Kill them with kindness.”

Behn married Princess Martha Louise in 2002 and they divorced in 2016, according to his website. He is survived by his three daughters with his former wife: Maud Angelica, 16, Leah Isadora, 14, Emma Tallulah, 11.