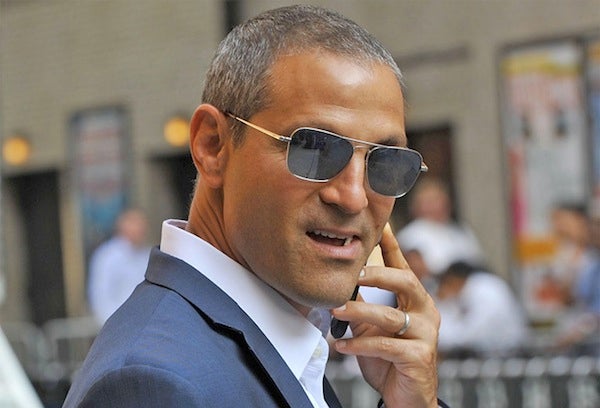 Nobody said it was going to be easy for Ari Emanuel and Patrick Whitesell to take over the giant sports talent agency IMG, but this week it just got significantly harder.

Peter Klein, the finance executive who fronted the staggering $2.4 billion raise that was needed for William Morris Endeavor to buy IMG, has stepped down as chief financial officer after just six months in the job, the agency confirmed to TheWrap.

Emanuel and Whitesell have been running IMG since closing the minnow-swallowing-the-whale deal earlier this year. They ushered out CEO Mike Dolan to take it over themselves, while Klein — a former Microsoft CFO — was their critical tie (read: comfort zone) to the banking community.

Klein has formally told colleagues he’s resigning “for personal reasons,” but unofficially has let it be known that he got “no support” from Emanuel or Whitesell. An agency insider denied that this was the case and said Klein’s reasons had to do with family.

But another knowledgeable individual told TheWrap that Klein is concerned about the $150 million in cost-cutting that WME promised the banks it would get done in the first 12 months, as part of making the numbers work on the deal. It is unclear whether this cost-cutting is underway.

An agency insider told TheWrap that “The banks are fine – there is no issue with the banks,” and that Klein was assisting in finding a replacement.

Another blow came in the form of losing a multimillion-dollar contract with the University of Kentucky,  which went to a start-up rival, an agency insider confirmed.

Additionally, Syracuse University told its sponsors that it had terminated its contract with IMG on July 1. The contract had extended through the 2020-21 school season. According to the Syracuse newspaper, “The letter said SU is exploring its sports marketing options, including partnering with another company, negotiating a new agreement with IMG, or doing the work itself.”

An agency insider told TheWrap that this was currently under negotiation, and expected Syracuse to strike a new agreement with IMG.

While IMG has some 90 collegiate partners, Kentucky and Syracuse are among the two most important among them, with huge basketball franchises. The agency insider said IMG has renewed 50 contracts since January 1 and added a dozen new properties across its divisions.

Additionally, Mark Shapiro — former executive at Six Flags and Dick Clark Productions — is advising IMG and may soon join in a formal capacity.