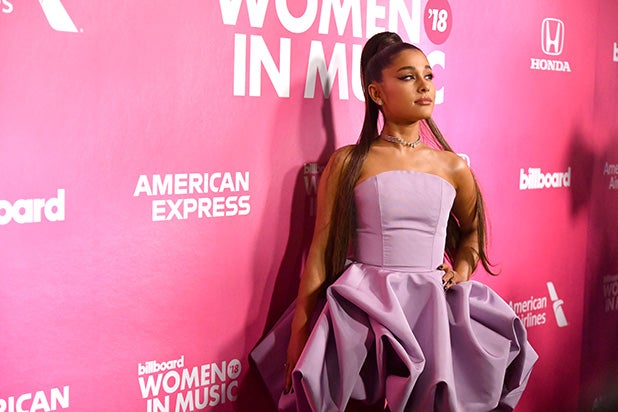 Ariana Grande has fired back at the Grammys producer who blamed scheduling for the cancellation of her planned performance, saying she pulled out of Sunday’s show because her creativity was being “stifled” by producers.

On Thursday, Grammys producer Ken Ehrlich told the Associated Press that Grande pulled out because she “felt it was too late” to put on a good performance after lengthy conversations “over the past month or so.”

“As it turned out when we finally got the point where we thought maybe it would work, she felt it was too late for her to pull something together for sure,” Ehrlich said in the interview.

Grande shared a screenshot of the interview on Twitter, accusing Ehrlich of lying.

“I’ve kept my mouth shut but now you’re lying about me,” she wrote. “I can pull together a performance over night and you know that, Ken. It was when my creativity & self expression was stifled by you, that I decided not to attend. I hope the show is exactly what you want it to be and more.”

Grande had been advertised as a performer this years Grammys, which will be broadcast on CBS on Sunday night. She is also up for two awards herself, including best pop vocal album for “Sweetener” and best pop solo performance for the single “God Is a Woman.”

Also Read: All 20 Grammys Musical Performances Ranked, From Kendrick to Kesha and Beyond (Photos)

“I offered 3 different songs,” Grande wrote, alluding to recent reports that her dispute with producers stemmed from which songs she would perform. “It’s about collaboration. It’s about feeling supported. It’s about art and honesty. Not politics. Not doing favors or playing games. It’s just a game y’all.. and I’m sorry but that’s not what music is to me.”

TheWrap has reached out to the Grammys for comment on Grande’s tweets.