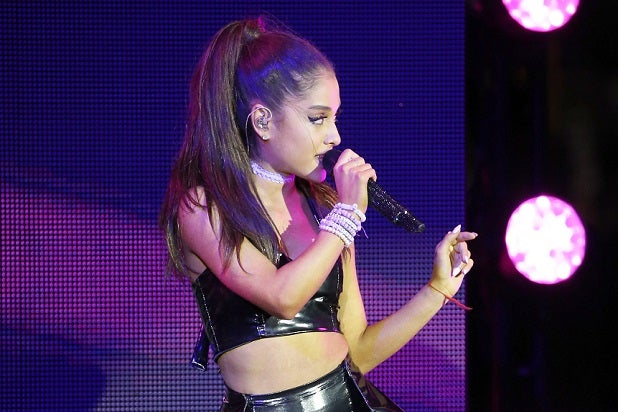 Ariana Grande plans to proceed with her Manchester benefit concert on Sunday “with greater purpose” following another deadly terror attack in London on Saturday, her manager, Scooter Braun, said in a statement.

“We plan to honor them with courage, bravery and defiance in the face of fear,” he added.

The Greater Manchester Police confirmed that it has stepped up security for the event, including the deployment of armed forces to ensure the safety of attendees.

Justin Bieber, Katy Perry, Coldplay and other top acts are booked to perform at the benefit concert on Sunday from the Emirates Old Trafford Cricket Grounds in Manchester, England.

The event is intended to honor the victims of the deadly suicide bombing at Grande’s May 22 concert at Manchester Arena which killed 22 people and injured at least 59 others.

The attacker was later identified as Salman Ramadan Abedi, a 22-year-old British Muslim.

Freeform will air the full concert live at 2 p.m. ET, while ABC will air a one-hour highlight special following its NBA Finals game later that same evening. Freeform will also air the benefit on their app.

A host of other networks will carry the concert event, which is being produced by the BBC, for viewing outside of the United States.

The concert is proceeding despite another deadly terror attack on Saturday night in London, in which three men armed with knives drove a van into pedestrians on London Bridge and then stabbed passers-by at nearby Borough Market. Seven people were killed in the assault and at least 40 more injured; the three suspects were shot dead by police.

After the events of last night in London, and those in Manchester just two weeks ago, we feel a sense of responsibility to honor those lost, injured, and affected.

We plan to honor them with courage, bravery, and defiance in the face of fear. Today’s One Love Manchester benefit concert will not only continue, but will do so with greater purpose.

We must not be afraid and in tribute to all those affected here and around the world, we will bring our voices together and sing loudly. I am pleased to say we have the full support of Greater Manchester Police and the government and are assured the safety of all those attending is the highest priority.

All artists involved have been unwavering in their support this morning and are determined to carry on with the show. We ask the strong city of Manchester and the world to join us in making the statement that hatred and fear will never win. Today we stand together. Thank you.