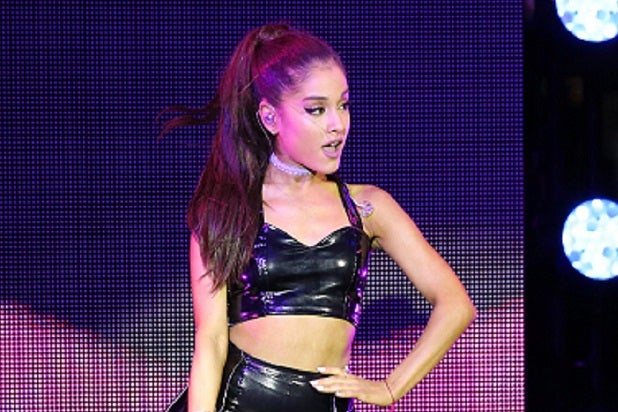 Ariana Grande has felt “sick” and “hurt” since being “objectified” by a male fan during a meal out with boyfriend Mac Miller, the singer said on Twitter Tuesday.

Grande said she was out having dinner when a male fan got so excited about seeing Miller.

“I thought all of this was cute and exciting until he said ‘ariana is sexy as hell man i see you, i see you hitting that!!!'” the “Into You” singer wrote.

“This may not seem like a big deal to some of you but I feel sick and objectified,” Grande continued. “I was also sitting right there when he said it. I’ve felt really quiet and hurt since that moment. Things like happen all the time are the kinds of moments that contribute to women’s sense of fear and inadequacy.”

She added: “I am not a piece of meat that a man gets to utilize for his pleasure. I’m an adult human being in a relationship with a man who treats me with love and respect.”

However, Grande also spoke about an apparent greater issue: the fact that “so many young people are so comfortable enough using these phrases and objectifying women with such ease.” With that, the pop star urged women to speak up and be vocal when something makes them uncomfortable.

“We need to share and be vocal when something makes us feel uncomfortable because if we don’t, it will just continue,” she concluded. “We are not objects or prizes. We are QUEENS.”

One fan responded, “Yet you objectify yourself in your music….. I mean I’m glad you are standing up for women but you’re also a tad hypocritical.” Grande responded, “That’s the thing. women expressing sexuality is often mistaken for ‘hi come disrespect me!!!!’.. & that’s just not the case.”

@xxTirzaJessxx that's the thing. women expressing sexuality is often mistaken for "hi come disrespect me!!!!".. & that's just not the case.